What Profits Could Data Science Bring To Casinos? 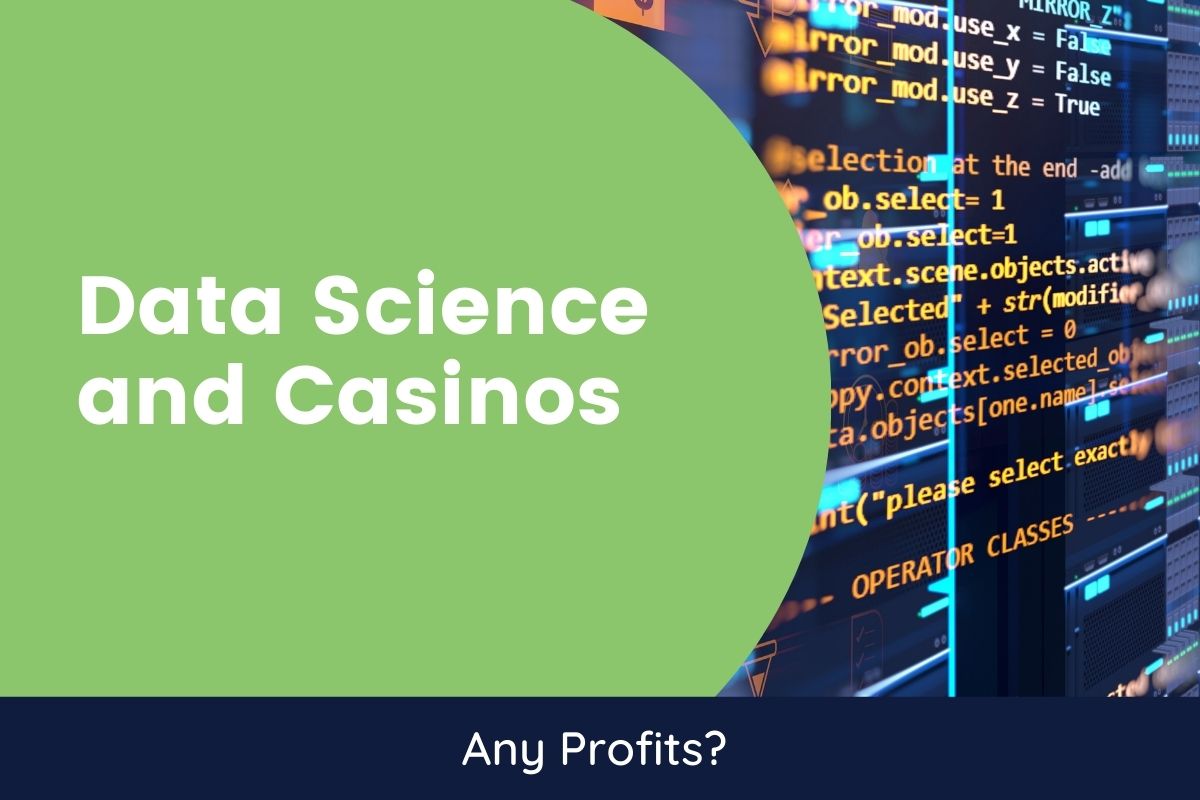 In today’s very competitive online gaming market, where most of the casinos have increased their gaming range to include golf, retail, and theatre, players are searching for more than just video slot machines and table games. With such a good number of available entertainment options in casinos, the most valuable players are not only those that spend lots of money on the casino floor. Also valuable are those who spread their money across all the property offerings.

To have a more holistic view of players’ behaviour requires a full picture of the spending behaviours of all players and a careful analysis of player preferences. Therefore, it is no longer enough for casinos to know the high rollers that plagiarize them at the current time.

They need to go deeper into the player base and identify players whose activities go far beyond the casino floor, and the best way to achieve this successfully is through analytics.

Some of the profits that data science could bring to casinos include helping you identify the following:

How Much is Each Player Worth?

In the casino industry, this is a very important issue. The prediction of a client’s future conduct is not easy. It requires several variables, many of which are not easily accessible to casinos. Income, ethnicity, and reasons for a trip are included in those variables (Convention vs. Vacation).

Once the player’s value is ascertained, they can then be shared into groups based on other behaviours, which can lead to effective marketing campaigns.

How Much Can You Expect a Player to Lose in the Future?

In order to use data mining for estimating predicted value in the future, companies must know simple measurements, like average daily theoretical loss or average trip theoretical loss, based on historical behaviour, that will produce fairly accurate predictions of future value.

A model built to anticipate potential gaming trip value could, for instance, be generated on the basis of historical data on theoretical win, credit line, actual win, and time, nights spent, and average bets. This way players can spin slots for money that have the best winning rates. Models can also be built by using categorical variables like predictors, such as sex, ethnicity, age, etc.

Who are The Most Valuable Players?

In addition to the potential worth modelling for players, there are other ways of analyzing the importance of a player to the enterprise. One way of identifying the best player is to try to get the talented players out of the unqualified.

This can be accomplished by evaluating the percentage of gambling trips in which the player actually loses or wins money. For example, on a total of four trips, did a player lose money each time? Although this may only mean that the gambler plays until he’s out of money or time, it’s also a very easy way to classify the players who don’t win much.

What Players Come Together?

Another vital consideration in the topic of player worth is household worth. This means the combined worth of a group of players who are likely to make their trips together. The house’s worth can be more difficult to identify, as these players could decide to stay in one room or go to separate rooms. There is also the chance that one player may only come when followed by another player. Additionally, there is a chance that a player could make trips without another player.

Although it is a very tricky thing to identify household worth, it can be of great value by helping to account for revenue that could look like two separate players but can be combined into a single “household.”  Many player management systems feature the functionality to connect accounts so that players that come in groups (i.e., married couples) can be easily spotted. Unfortunately for all casino analysts, players may not be allowed to run multiple accounts due to system limitations or business policies based on gaming regulations and tax.

Nevertheless, data mining could be used to spot groups of players that come in pairs or groups together without linked accounts.

The above and many more are the advantages and potential gains that data science can bring to casinos. However, casinos must first understand how to use data science in their favour.