The gambling industry in the United States has been navigating through some extremely tough legislative issues over the past couple of years.

While states such as Nevada, New Jersey, and Pennsylvania are in the midst of a gambling boom, many other regions have been left lagging behind.

For instance, California is widely viewed by experts as one of the biggest potential growth markets for online gambling, but the current legislative picture is sketchy at best.

There are a plethora of land-based gaming venues to choose from in California, but people who prefer to play games or place sports bets online are not so fortunate.

It is a similar story in numerous other states across the country, with some areas much further along in signing off on online casinos and sports betting than others.

Read on as we take a closer look at the latest state-of-play for the gambling sector in California and selected other states elsewhere in the country.

Some of the new Playtech casinos at goodluckmate.com welcome players from California, making it really easy for them to access online games like blackjack, roulette and slots.

However, sports bettors have not got things as easy, with the state yet to fully embrace the practice within the jurisdiction.

People in California must wait until November 2022 before a vote will be held to decide whether to allow sports betting in Indian casinos or at horse racing tracks.

Some local politicians argue that legalised sports betting has the potential to generate massive tax revenues for the state, and that limiting it to land-based venues significantly reduces its impact.

Opponents to the proposal are concerned about the impact that legalised online betting could have on the integrity of sports in the state.

However, it is thought that wagering would be prohibited on high school and college sports in California, thus removing this issue from the equation.

Louisiana in line for bumper investment

Louisiana could be set for a bumper $250 million investment that would bring new jobs and tourism to Slidell in St Tammany Parish.

Peninsula Pacific Entertainment (P2E) has asked to relocate its Louisiana casino license from Bossier City to Slidell, but the proposal has yet to be agreed.

The Louisiana Senate Judiciary Committee recently backed legislation to allow local residents to vote on whether they wanted to allow commercial gambling in the area.

If a majority of people decide to lift the ban on gambling, the California-based casino operator would be clear to build a new gaming resort at Lakeshore Marina on Lake Pontchartrain.

St Tammany residents previously rejected casino gambling back in 1996, with nearly two-thirds of voters rejecting a proposal to allow a riverboat to operate in the area.

Louisiana has been losing significant tax revenues to neighbouring Mississippi and many local politicians are eager to reverse the trend as soon as possible.

Las Vegas Sands Corporation (LVS) spent up to $20m in recent months to promote gambling legislation in Texas, but their efforts fell flat.

They invested massive resources into a pro-gambling advertising campaign and more than 50 lobbyists to try and force a vote on the issue.

However, the proposals failed to get past legislative committees and it will be 2023 before the matter will be revisited again.

LVS will hope that they have laid the foundations for a more positive outcome next time around, although they may face competition from other rival organisations.

Experts say that it can take multiple sessions in Texas legislature to pass major initiatives and there is no guarantee that gambling will be rubber-stamped in two years.

Despite this major setback, LVS are reportedly in it for the long haul and are said to be confident about getting the job done eventually.

Connecticut ready to jump on the bandwagon

While players in Texas are being forced to wait at least another two years for gambling legislation to be passed, it is a different story in Connecticut.

The state Senate recently gave its final approval to legalise internet gambling and sports betting in a move that politicians say will generate huge tax revenues.

The Lamont administration drove the legislation through after agreeing a deal with the Mashantucket (Western) Pequot Tribal Nation and the Mohegan Tribe.

The agreement allows the tribes and the Connecticut Lottery Corporation to begin offering sports and online betting within the jurisdiction.

Connecticut’s journey to this point has taken a decade to navigate, with former Governor Dannel P Malloy first starting the process back in 2011.

Industry analysts have estimated that the new legislation will help the state generate more than $80m annually in taxes by 2026.

Using DNA to Learn More About Your Health in 2022 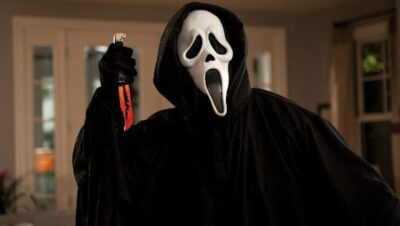