Watch ‘No Time to Die’ online free at home: How to stream new James Bond movie 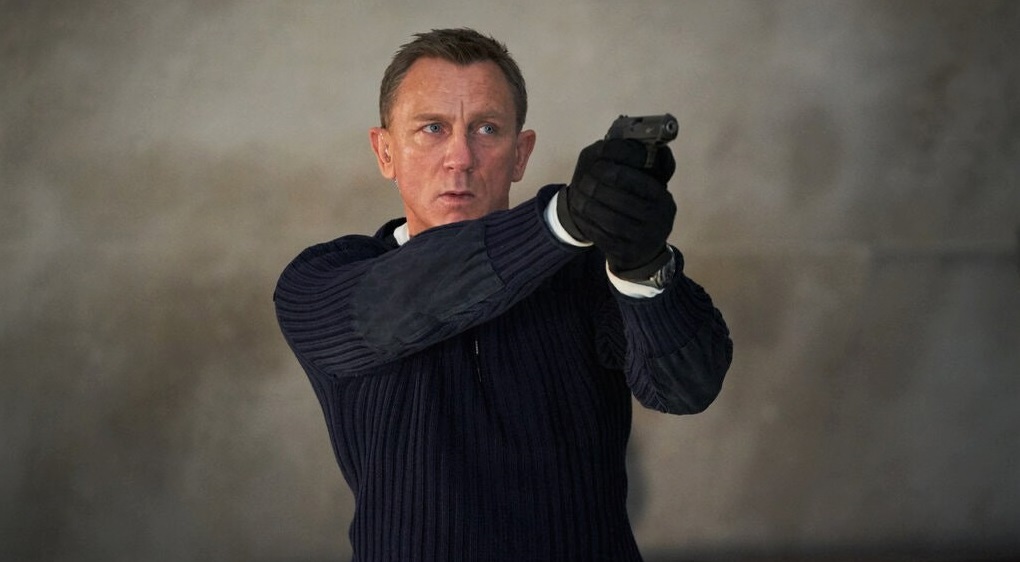 Fall blockbuster season is here, and one of the year’s most anticipated titles is about to arrive in theaters: No Time To Die, aka Daniel Craig‘s final outing as iconic MI6 agent James Bond.

Craig. Daniel Craig. He’s back for the final time as superspy James Bond in No Time to Die, the 25th 007 film. For a while, the British actor made it sound like he wouldn’t put on Bond’s dinner jacket for a fifth time, so savor this one, fans. Here’s what to know about the upcoming movie.

Daniel Craig is putting on the dinner jacket one last time, and as ever, the action is shaken and stirred. When the film picks up, Bond has walked away from his life as 007 and is committed to living peacefully in retirement. However, his plans are upended when he’s recruited to rescue a scientist Valdo Obruchev (David Dencik) who’s been kidnapped by Lyutsifer Safin (Rami Malek), a mysterious villain armed with a dangerous new technology. No Time to Die also stars Léa Seydoux, Ana de Armas, Lashana Lynch, Naomie Harris, Ralph Fiennes, and Ben Whishaw.

Curious where you can watch the newest Bond installment? Here’s what to know about when No Time to Die will be on streaming.

What is the No Time to Die release date?

Will No Time to Die be on a streaming service?

After the film’s theatrical run has ended, you’ll be able to rent or buy it on digital platforms like Amazon, Google Play, iTunes, Vudu, and YouTube.

When will No Time to Die be streaming for free?

Unfortunately, we don’t know when No Time to Die will be available on your favorite streaming service. For now, the only way to watch the movie is to check it out when it hits theaters.

Can I watch the other James Bond movies on streaming?

Casino Royale, Quantum of Solace, and Spectre are available to rent starting at $3.99 or purchase starting at $9.99 on Amazon Prime Video, Apple TV, Google Play, Vudu, or YouTube.

How to watch No Time to Die?

No Time to Die will play exclusively in theaters when it is released on Oct. 8. While there were rumors throughout the pandemic about the likes of Netflix or Apple TV Plus bidding big for the rights to stream the film, no deal was struck. Even after Amazon acquired MGM’s library, which holds many James Bond films, the producers were adamant that No Time to Die would have its debut on the big screen, as would future films in the series.

There’s been a lot of rumors, speculation, and reporting recently on whether No Time to Die would follow a number of top tier movies over the past year and skip the cinemas and come to Netflix. Right now, nothing is certain and 007’s next outing is still lined up for theatrical release but that could change. Here’s what we know.

No Time to Die synopsis: What is the movie about?

“No Time to Die.” It’s kind of an ambiguous title. No time because we’re too busy or because now is not the right moment? The makers of the latest James Bond film have generously supplied us with 163 minutes — including a slow-moving Billie Eilish theme song — during which we can ponder this and other urgent questions. That’s in addition to the nearly 18 months of pandemic delay that we have waited for this episode (the 25th overall and Daniel Craig’s last in the role of the least secret member of Her Majesty’s Secret Service).

It arrives with a curious mixture of heaviness and insouciance. Mortality looms over the quips and car chases — not only the expected slaughter of anonymous minions, but an inky cloud of grief, loss and weariness. Near the beginning, in the midst of a high-toned Mediterranean holiday, Bond visits the grave of Vesper Lynd, the lover who died in “Casino Royale” in 2006. “I miss you,” he says, and “No Time to Die” is uncommonly preoccupied with memory and leave-taking. Tiptoeing around the spoilers, I will say that it amounts to a series of long goodbyes.

No Time to Die movie cast

Will No Time to Die Release in theaters?

No Time to Die will be showing in theaters only. Sure, it will eventually come to streaming, but when and where isn’t exactly clear. So if you’re not willing to venture out to theaters at this point in the coronavirus pandemic, you’ll need to be patient for now. Maybe check out our recommendations for which older Bond films to watch, and in what order.

Where can you watch No Time to Die?

No Time to Die will play exclusively in theaters when it is released in Oct. 8. While there were rumors throughout the pandemic about the likes of Netflix or Apple TV Plus bidding big for the rights to stream the film, no deal was struck. Even after Amazon acquired MGM’s library, which holds many James Bond films, the producers were adamant that No Time to Die would have its debut on the big screen, as would future films in the series.

Is No Time to Die Free on HBO Max ?

The service offers up to five viewer profiles, with tons of curated selections for adults and kids, the option to download content and the ability to stream on many devices.

Is No Time to Die on NETFLIX?

Can I Watch No Time to Die on HBO Free Trial ?

No, you can’t watch No Time to Die on HBO Max free trial or on HBO Max’s ad-supported, cheaper tier. Only people who are subscribed to HBO Max’s premium, ad-free tier can watch these same-day movies.

Can i No Time to Die watch on HBO Max, will the films be available in 4K HDR?

The first major film in this endeavor, Wonder Woman 1984, was also HBO Max’s first title to stream in 4K HDR, Dolby Vision and Dolby Atmos. Whereas rival streaming services like Netflix and Disney Plus regularly release new originals in the higher resolution formats, HBO Max has been a bit slower building out its 4K offerings.

WarnerMedia confirmed that the entire theatrical slate that is coming to HBO Max will stream in 4K on the streaming service, though Dolby Atmos support for higher quality sound may vary depending on how each film was produced.

How to watch Disney Plus

Disney Plus features a massive library of on-demand shows and movies from names we’re all well familiar with: Walt Disney Studios and Walt Disney Television. That makes Disney Plus the streaming home for Disney-owned studios like Pixar and Marvel, as well as iconic franchises like “Star Wars” and “The Simpsons.”

The streaming service includes a mix of classic titles from Disney’s vault and new programs developed exclusively for subscribers. The monthly plan costs $8 a month and annual plans cost $80. The service can even be bundled with Hulu and ESPN+ for prices starting at $14 a month.

Disney Plus oiginal shows like “Loki” and “The Mandalorian” have dominated streaming TV and the library of classic Disney content doesn’t waiver, unlike competitors who rotate movies every month. Exclusive Disney Plus content like “Hamilton” and Beyonce’s “Black is King” has also helped bring in new subscribers.

How to watch No Time to Die on Amazon Prime

The at-home theater experience has gotten a whole lot more convenient thanks to Amazon. Your go-to retailer for everything from flower pots to fashion accessories is also now one of the best places to get your Friday night entertainment.

Prime Video not only gives you access to tons of your favorite movies and TV shows but also offers some of the most popular original content around, like “The Marvelous Mrs. Maisel,” “Tom Clancy’s Jack Ryan,” and “Fleabag”. Outside of all the titles included as part of your subscription, Prime Video also features a library of additional movies and shows that you can rent or buy individually for an extra fee, including a few brand-new movies that were just released in theaters.

Prime Video also allows you to add other premium channels, including HBO, Starz, and Showtime to your subscription, though you’ll have to pay an additional monthly cost. But if you’re looking to dump cable and add more streaming services to your entertainment roster, then read on to find out how to use Amazon Prime Video.

No Time to Die Reviews

After months of delays, the 25th official James Bond film is finally here in “No Time to Die,” an epic (163 minutes!) action film that presents 007 with one of his toughest missions: End the era that most people agree gave new life to one of the most iconic film characters of all time. Everyone knows that this is Daniel Craig’s last film as Bond, and so “No Time to Die” needs to entertain on its own terms, provide a sense of finality for this chapter of the character, and even hint at the future of the spy with a license to kill. It would also help a bit to clean up some of the mess left by “Spectre,” a film widely considered a disappointment. All of the boxes that need to be checked seem to drag down “No Time to Die,” which comes to life in fits and starts, usually through some robust direction of quick action beats from director Cary Joji Fukunaga, but ultimately plays it too safe and too familiar from first frame to last. Even as it’s closing character arcs that started years ago, it feels like a film with too little at stake, a movie produced by a machine that was fed the previous 24 flicks and programmed to spit out a greatest hits package.