New Kids on the Block NKOTB Reveals Tour 2022 Dates : How & Where To Buy Tickets 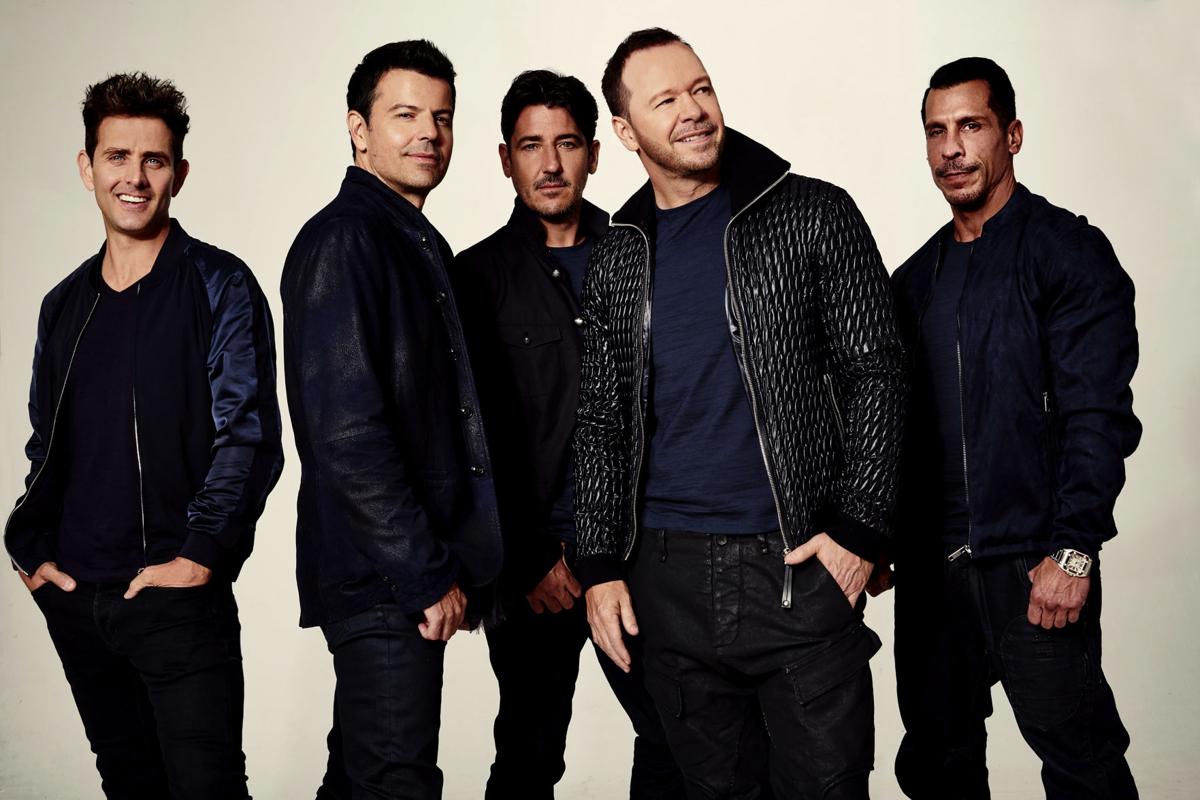 New Kids on the Block have announced their Mixtape Tour, which will be coming to a venue near you in 2022. The group’s first stop is at Fenway Park this August and then they’re heading out again for more performances across America. Get your tickets now if you want to catch these timeless hitmakers live from July 15th through September 30th at TD Garden.

New Kids On The Block will be touring as multiple platinum-selling groups, joining them for some dates are Salt N Pepa, En Vogue, and Rick Astley to make things extra special.

The MixTape Tour 2022 is coming to a city near you and will visit UBS Arena at Belmont Park on June 30, 2022. Prepare yourself for the four iconic acts that are set out in their 50+ date journey beginning May 10th. The tour begins with Cincinnati Ohio where NKOTB fans can get tickets starting October 8th on Ticketmaster, TicketNetwork, or by purchasing VIP packages through nkotb.com

With the upcoming tour, four iconic acts will appear on The Kelly Clarkson Show to give fans a sneak peek into what they can expect from their live shows including one featuring New Kids On The Block.

“We had a blast out on the first MixTape Tour in 2019, and can’t wait to take it to another level with our fans. It was amazing when Salt n Pepa came back for more tour dates after their performance at Coachella this year,” says Donnie Wahlberg about his excitement for upcoming shows following up last month’s successful show debut.”Just like a mixtape. These concerts will be full of emotion as audiences experience all different feelings throughout each show”

With the MixTape Tour 2022, fans will be able to enjoy chart-topping hits and legendary catalogs spanning generations all night long. The show follows in an enormous commercial success by NKOTB’s 2019 tour that grossed $53 million with more than 650 thousand tickets sold, making it their biggest since reuniting in 2008. This was possible because they had multiple acts (Salt-N Pepa, Tiffany Naughty By Nature, Debbie Gibson) performing each evening on stage while reimagining what a special guest could look like on this kind of outing Output.

MixTape Tour 2022: NKOTB reunites to perform fan-favorite #1 hits like “Hangin’ Tough,” “I Will Be Loving You (Forever),” and more. In addition, they will be joined by Salt-N-Pepa (“Push It,”Shoop”), Rick Astley who put out some of the most iconic music in pop culture history with his 1985 album Face To The Floor; En Vogue who’s unforgettable tunes such as Don’t Let Go [Love], Free Your Mind And Give It Up Turn It Loose catapulted these ladies into stardom while solidifying them places within musical histories alike.

Don’t miss out on the chance to get your tickets for this exciting show. They go on sale Friday, October 8th at 11 am. You can purchase them online through TicketMaster or TicketNetwork near you and they’re just $29-$179 depending upon what night works best with how many shows are in town in that same time frame.

There will be many more to happen throughout the tour. However “Mixtape Tour in 2022” will not last forever. Saturday, July 23, Washington, DC, Capital One Arena, 2022 will be the last city to visit across the tour.

How long does a NKOTB concert last?

The typical length of an NKOTB concert is about 2-3 hours, but this could run shorter depending on how long their set is and how many times they go on stage before taking off for good. The crowd usually enjoys them throughout the night so it’s not always easy to tell when it’s time to call it quits. A typical NKOTB show usually starts with an opening act that plays for around 30 minutes, then there will be another short break.

Did Mark Wahlberg sing with Nkotb?

No, this year in 2022 is not going to make things happen. In 2008, New Kids On The Block reunited, and while they didn’t include Mark Wahlberg in their lineup this time around to perform onstage together.

How much did the Nkotbsb tour make?

The Mixtape Tour was a huge success for the boy band, grossing $53.2 million and selling 662,911 tickets in just 73 days on 14 May 2014. They performed 55 concerts over six cities during this time period to make sure their fans got what they wanted, an incredible show that will be remembered as one of Baltimore’s best memories of all time.

Are the new kids on the block real?

Taxidermy is an art form

How To Choose The Best Stock Applications In The Uk

How To Stay Secure While Trading Online?