Spencer free streaming: When and where to watch online? 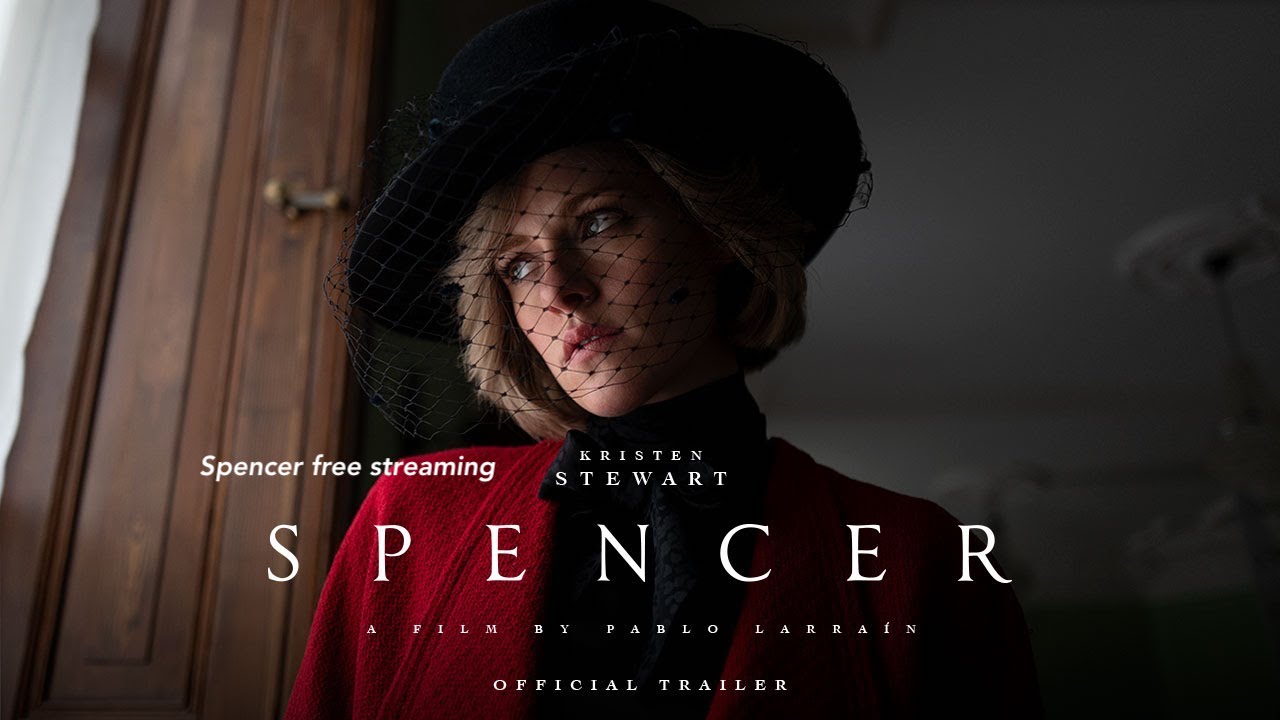 Spencer, the new film featuring Kristen Stewart as Princess Diana and directed by Jackie helmer Pablo Larraín, comes out on Friday, Nov. 5, but how can movie fans watch the film?

Spencer is described as a fable about Princess Diana during her Christmas holidays with the royal family at one of their estates in England, portraying the environment and treatment that the famed princess went through that ultimately led her to decide to leave her husband, Prince Charles.

Diana remains a constant source of intrigue for both TV and movie creators and those watching them, as she was and will continue to be a big part of the popular Netflix series The Crown, there have been numerous documentaries about her life and there even was a Princess Diana musical that is streaming on Netflix.

However, Spencer is distinguishing itself from its peers for the much-talked-about performance from Stewart. The Twilight star has been racking up impressive performances in indie films in recent years, but many, including What to Watch’s own Leigh Monson, believe that Stewart is at her best in Spencer. There has been plenty of Oscar talk already.

Want to judge for yourself? Here is how you can watch Spencer.

How to watch ‘Spencer’ for free?

Though we live in a day and age where there are so many options on what and how to watch many things, Spencer is going the old-fashioned way, initially being made available exclusively in movie theaters upon its release on Nov. 5. As such, if you want to see Spencer as soon as possible, you will need to check your local theater listings to see if, where and when it is playing and purchase your tickets accordingly.

After more than a year of being impacted by the pandemic, Hollywood appears to be moving back toward a theatrical-first release strategy for the many films. If you want to be sure you can see the latest movies when they release but also want to find a way to make the trip to a theater less expensive, definitely check out movie theater subscription deals. Many theater chains offer subscriptions that provide either discounted tickets, flat monthly rates and other perks.

With Spencer getting an exclusive theatrical release, it means that it is not available to stream, at least not initially.

Though there are no confirmed details on when Spencer may be available for streaming, we can make an educated guess that the film will adhere to the unofficial 45-day exclusive theatrical window that has become the norm for most films (save some exceptions). However, as Spencer is a Neon produced/distributed film, we can presume that whenever Spencer becomes available to stream it will be available on Hulu, which has a deal with Neon for its titles.

Spencer will also be offered to rent or purchase via video-on-demand at some point following its exclusive theatrical run.

What to Watch will update this page as more information becomes available.

Where to watch Spencer?

The story of Princess Diana is well documented but even though more than 20 years have passed since her death, she’s a character that still inspires and fascinates many.

In the latest film to explore Diana’s life, Spencer, Kristen Stewart takes on the role and has earned almost endless praise from the film’s appearances at festivals around the world.

But just where will fans be able to watch Spencer when it’s released to general audiences, will the film be streaming or coming straight to cinemas?

Spencer will be available to watch exclusively in cinemas when it releases in November 2021.

That’s right, film fans will have to venture out to watch Kristen Stewart’s acclaimed performance on the big screen.

Readers in the US can find out which venues are screening Spencer here.

While the film may not be available to stream straight away, Spencer will find its way onto digital stores later down the line for its home release.

Spencer arrives on screens in the US and UK on Friday, November 5th, 2021.

Elsewhere around the world, the film’s release date differs depending on the country in question.

The film centres on Princess Diana’s marriage to Prince Charles which had long since grown cold by December 1991.

Rumours swirl of an affair and an impending divorce but Diana must put on a brave face as she’s invited by the Queen to spend Christmas at the Sandringham Estate.

Spencer imagines these few fateful days where her marriage and mental health will be tested like never before.

Who’s In The Cast?

Spencer will be available to watch in US and UK cinemas from November 5th, 2021.

The moment that the Kristen Stewart stans have been waiting for is finally here: Spencer opens in theaters nationwide this weekend.

This biographical drama from director Pablo Larraín promises to tell the story of Princess Diana like it’s never been told before. Stewart stars as Diana, born Diana Spencer, the unlucky wife of Prince Charles who was the subject of frenzied media and tabloid coverage, until her tragic death via car accident when she was only 36 years old.

Written by Steven Knight, Spencer picks up in the middle of Diana and Charles’ marriage in 1991, six years before Diana’s death. Reviews of the film so far have been positive, and there’s already plenty of Oscar buzz for Stewart swirling around.

Spencer is likely going to be a major player this awards season, and you don’t want to miss it. Here’s what you need to know about where to watch Spencer and when to expect Spencer on streaming.

WHERE TO WATCH SPENCER NOW:

Right now, the only way to see Kristen Stewart in all her royal glory is by going to watch Spencer at a movie theater. Spencer will open in theaters in the U.K. and the U.S. on November 5. You can find a showing near you here. Spencer is not available on streaming at this time, but after its theatrical run, you will be able to buy and rent the film on Amazon Prime, iTunes, Google Play, and more.

WHEN WILL SPENCER BE STREAMING?

There is not yet a Spencer digital release date, and it’s hard to say when Spencer will come to streaming.

Here’s what we do know: Spencer is a Neon release. Recently, Neon has been releasing its films on digital about one month after they open in theaters—for example, both Pig and Titane became available to buy and rent on digital platforms like Amazon Prime three weeks after it opened in theaters. If Spencer follows a similar release pattern, you may be able to buy or rent the film online as early as the end of November or the beginning of December 2021.

However, take this prediction with a grain of salt. Now that there are no set conventions for VOD releases, many studios have been releasing films on a case-by-case basis. Spencer is such a highly anticipated film, it’s very possible that Neon will want to keep the movie in theaters for longer than 3 weeks.

It’s also possible Spencer will eventually be streaming on Hulu in a few months, thanks to a deal that Neon has that calls for many of its films to stream on Hulu after releasing on VOD and DVD. But that likely would not be for a while. If you want to see the movie right away, your best bet is to go to a movie theater.

WILL SPENCER BE ON HBO MAX?

IS SPENCER ON NETFLIX?

WHEN DOES SPENCER COME OUT?

To get technical here, the movie already premiered at the Venice Film Festival back in September 2021, but K-Stew’s Diana performance will finally be gracing screens across the world for us normies to go watch on November 5. The November release date applies to the United States, Canada, and England, but may vary for other countries.

WHERE CAN I WATCH SPENCER AT HOME?

For now, Spencer is only going to be playing in theaters, so any hopes of streaming it at home on your couch while sipping on some royal-approved tea (or a stiff gin and tonic) will have to wait for a bit. Sorry!

WHERE CAN I WATCH SPENCER IN THEATERS?

Spencer will open in theaters nation-wide and you can check out exactly what theaters its playing in, showtimes, and buy tickets on Fandango.