Santa Clarita is the newest outpost of Google Startup Grind, which holds monthly gatherings to give budding entrepreneurs a chance to hear the story of a successful startup from its founder while sharing ideas and experiences with each other.

The first event on Sept. 12 will feature Matthew Arevalo, founder of Loot Crate, a subscription box service launched five years ago at Comic-Con.

“People don’t realize the depth of entrepreneurial talent we have in the Santa Clarita Valley,” said James McKinney, vice president of strategic growth at Status Not Quo, a Santa Clarita-based marketing firm, which is hosting the Startup Grind events.

“We also have resources at the city and at College of the Canyons, with business accelerators and MakerSpace.”

MakerSpace provides manufacturing equipment so that community members can design, prototype and create manufactured works that wouldn’t be possible to create with the resources available to individuals working alone.

The goal of Startup Grind, McKinney said, is to educate and mentor entrepreneurs through monthly business events and speaking series. “If you’re not in the grind or haven’t been through it, it’s difficult to understand what it’s like.” He has worked with other Startup Grinds over more than eight years working with startups.

“Santa Clarita has a vibrant startup community, but it’s fragmented,” McKinney said. “I was familiar with Startup Grinds in Santa Monica and Hollywood, and saw the value of having one here.”

“The value of these events is to be able to hear from someone who is further down the road, to hear how they overcame challenges,” McKinney said. “They bring that entire story of their startup. What were your conversations with potential investors like? How much bad money did you chase? What was it like when you got the financing?”

Derek Andersen and Spencer Nielsen founded Startup Grind in 2010. The company grew out casual meetings Andersen had with friends and fellow entrepreneurs in his office at a startup in Mountain View, about being an entrepreneur.

Startup Grind’s first event was held in Andersen’s Mountain View office with nine attendees. From a side project, Startup Grind became Andersen’s main business “when he realized his meetups were more successful than his startup,” McKinney said.

In 2011, it spread to Los Angeles and New York City. By March 2017, Startup Grind had a presence in 200 cities and 98 countries, according to its website.

“Google’s involvement means that when I call a founder, the phone gets picked up,” McKinney said.

He said the group plans to hold an event every month at the Status Not Quo offices on Citrus Street in Valencia, which can accommodate up to 120 people.

More information about the Startup Grind is available here. 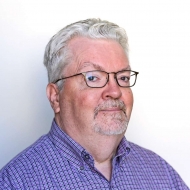