Five of the 11 candidates vying for two seats on the Santa Clarita City Council squared off Thursday night in a debate sponsored by Signal Multimedia. They grappled with issues ranging from traffic to crime to fiscal oversight, as well as homelessness and development.

“We do not want to turn into another San Fernando Valley,’’ said incumbent TimBen Boydston – a refrain echoed by each of the candidates in one form or another.

The event, held at the University Center at College of the Canyons, drew about 100 people in advance of the Nov. 8 election.

To ensure a smoother program and allow issues to be debated in greater depth, The Signal winnowed the 11-person field to the five who appeared on stage. They were selected because they filed all the required and recommended forms with the city — including one that details funds raised and names a campaign committee.

The other six candidates were asked to reply to the same questions asked Thursday night, and answers from four of them appear elsewhere in today’s newspaper. Two candidates did not respond.

Among the highlights of the 90-minute debate:

Kellar, a council member since 2000 and a local Realtor, called traffic an “ongoing challenge,” saying that the eventual Whittaker Bermite cleanup will make space available for new roads to ease the snarls but indicating there are no overnight solutions.

Asked about more sheriff’s patrols on the streets, Kellar, a former LAPD officer, called law enforcement “one of the absolute top issues.”

He also called for limits on expansion and development, citing some 30 annexations since the city was founded in 1987 and calling for “bite size” growth with a close eye on the infrastructure needed to support such growth.

Boydston, the executive director of the Canyon Theatre Guild who is seeking his second full term, called traffic “a horrible mess, and it’s getting worse,” and said he would push for better synchronized traffic lights as well as peak-hour traffic studies.

On crime, Boydston called for increased patrols but also the creation of an ombudsman’s position, “for the city to interface with the (Sheriff’s Department’s) captain.’’ He said that while there have been calls to create a police force specific to Santa Clarita, he was satisfied with the Sheriff’s Department handling matters now because, “It costs a lot more to have your own police force” – though he added, “but let’s study” a separate Santa Clarita force.

He also called for increased council oversight of city finances in the wake of the recent scandal in which a former employee has been charged with embezzlement.

He also said he would push for increased commercial and industrial development and low-density housing.

On crime, he said the city needs to look at increasing patrols but just as importantly, the nature of those patrols, which he called “stagnant.” “We’ve got to address hard drugs – too many kids end up in the ER on weekends with ODs.”

On financial oversight, he said “the city blew it” in regards to the embezzlement scandal, and he said it was time to look at direct election of a city treasurer.

Ferdman, a Canyon Country resident and chairman of the Canyon Country Advisory Committee, stressed his support of increased development – but also the responsibility of future developments to provide for the infrastructure needed to support such growth.

He cited “lax procedures” that led to the embezzlement scandal, and called for increased outside audits.

White, a mortgage banker and political newcomer, said Santa Clarita was “a fantastic small town to grow up in,” but that issues like traffic, crime and homelessness necessitate the “fresh perspectives” he can bring to the council.

He also stressed his financial background, saying, “I pride myself on my financial analysis,” and that the embezzlement scandal was a result of “complacency” on numerous levels.

He supports annexation of places such as Stevenson Ranch, calling such growth “my top priority.” 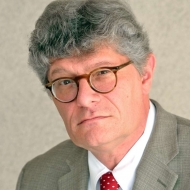