Just as the door shuts behind us, the clock starts counting down. We have just under an hour to find our way through the puzzles, games, and logic tests, and escape.

There’s no time to waste.
The four of us spread out, and start touching, lifting, pulling and pushing on everything we see – which isn’t much. The room is stark and dimly lit, except for some writing on the walls – literally – that serves as our first clue.
Before we know it, the clock has already lost five minutes, and the first kick of adrenaline starts to flood into our system.
We’ll make it out, either way, whether we solve all the puzzles or not.
We’re in an escape room, where the object is to solve a series of puzzles using clues pieced together by the room’s creators, designed to challenge our group’s problem-solving skills.

Room for More
Escape rooms have exploded in popularity around the world in the last few years, and two have now opened in Santa Clarita: Arcane Escape Rooms, which opened in April, and Unlocked Escape Rooms, which opened just a few weeks ago.
Matt Tye, a Canyon High School graduate, only started doing escape rooms himself about a year ago. He quickly became obsessed, visiting several with just days of completing his first room.
Then, when he was laid off from his contractor position with Disney’s research and development team, he said “things just kind of aligned.”
“I kinda felt like this is the thing I should have been doing all along,” Tye said. He and his wife opened Arcane in April, and just a few weeks ago, added a second room.
“We prioritized the game above everything else,” Tye said. As a self-funded venture, Tye and his wife built most of the props, games, and lobby furniture by hand.
Gary Kassan and Dave Kelfer are both long-time SCV residents, and describe themselves as “serial entrepreneurs.”
Kassan is a real estate agent by day, and Kelfer owns Idea Factory, and they decided to open an escape room in Santa Clarita after visiting one for Kassan’s birthday.
“There was nothing really like them” in the area, Kassan said.
And Unlocked Escape
Rooms was born, opening up shop just down Lyons Avenue from Arcane.
Conjuring the Clues
Each creator has a different method for designing a room.
Kassan and Kelfer start with just an idea or two for a puzzle, and branch it out into an entire room until it all comes together. Tye likes to design his rooms using flowcharts.

But both Unlocked and Arcane cite trial and error as the best way to figure out if something works.

Kassan said that the more elaborate the puzzles, the more likely it’ll break and ruin the game for the players.

“You can’t be too attached to something,” Tye said. As both Unlocked and Arcane invited in test groups before opening to the public, they had to adjust games and puzzles as they found out what worked, and what didn’t.

And since opening, both rooms have made “improvements,” as Tye said, to their games as they see problems come up again and again in groups.

At an escape room convention Tye and his wife attended this year, one speaker noted that if the same problem comes up again and again, the problem isn’t the player, it’s the game.

Stuck in the Game

Just 20 minutes left, and we were stuck. We just couldn’t figure out the order of the numbers for a combination lock.

Lucky for us, the creators were watching, and passed along a hint to help us. Staying in the theme of the game, we’d receive either an audio, visual, or written hint – but never an answer.

“Our goal is not to give you the answers,” Kassan said. Different groups get stuck in different places when playing a room, and to keep the game fun, some rooms will provide hints to the players, as both Unlocked and Arcane do.

Tye said that knowing when to help, and when not to help, is the hardest part.

“You get so emotionally invested in everyone,” he said.

Finding a Way Out

It was easy to imagine Kassan, Kelfer, and Tye cheering us on as they watched us scramble around their rooms, looking for clues.

Open a box, unlock a chest, solve a puzzle, all of them leading us closer to “escape.”

As a player, the key is communication, a point emphasized by both Arcane and Unlocked.

Escape rooms are often booked for parties, but they also serve as great team building exercises for coworkers. It doesn’t take long to learn who is good at a certain type of puzzle, or who has an eye for the escape room version of rummy, remembering which odd object that we found 10 minutes ago fits with the one we just unlocked.

Positivity is another key to success. If the group gets discouraged, that adrenaline rush starts to fade; but stay positive? You’re more likely to find that next clue sooner.

At both rooms, our groups were complimented on how well we communicated and worked simultaneously to solve the puzzles.

“The idea that we have is that we want multiple things going on at once,” Kassan said.

Watching us on their screens trying to work our way through a room is entertaining for the creators too.

“That’s really fun for us,” Kassan said. “Everybody does something different.” 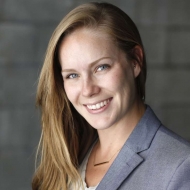