The Santa Clarita Community College District, which oversees College of the Canyons, is expected to review several financial reports during its meeting Wednesday that include its annual budget requirements.

These annual parameters provide the college with information to create a fiscally responsible budget during the upcoming year, officials said.

Changes to the 2018-19 budget numbers include bringing the added salary and benefits of faculty and staff worth 85 percent of the college’s total budget.

The college also added a regulation called the “50 percent law” which requires salaries and benefits to equal 50 percent or more of the college’s unrestricted fund expenses.

COC also added strategic goals that include policy reform, tutoring and the funding formula, and added student services to its student access and completion standards.

The Board of Trustees is also expected to approve of a Memorandum of Understanding (MOU) with the Classified Confidential Employee Group (CCEG) that was approved Sept. 13.

In addition, the board is expected to approve of the Associated Salary Schedules with the MOU that provides a 1.17 percent increase to the salary schedule which was effective July 1, 2016 and July 1, 2017.

Board of Trustees members are also expected to approve of budget transfer for the month of October.

In addition, the board is expected to approve of the monthly financial report, which resulted in an increase of $931,092 to several funds and brought the Unrestricted General Fund ending fund balance to more than $10 million.

During this meeting, the Board of Trustees is also expected to elect its new president, vice president, clerk and secretary-parliamentarian. 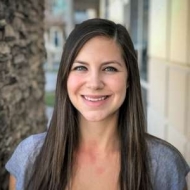