The group, which had more than 70 people cramming into a Round Table Pizza in Newhall, nominated Caforio after Agua Dulce homelessness nonprofit executive Katie Hill asked her backers to abstain from voting.

“We are excited that up to this point, every group and every local official in the district who endorses Democrats endorsed this campaign,” Caforio said. “It’s wonderful to see so many young people involved.”

A pre-party endorsement conference meeting is scheduled for Saturday, Jan. 27, in Santa Clarita. The party endorsement is set to be announced at the end of February at the state Democratic convention in San Diego.

Hill explained why she had her followers abstain from voting, calling the practice of “pay-to-play”—purchased memberships to political organizations in order to tilt the endorsement ballot in favor of a candidate—“the epitome of what’s wrong with politics.”

“I saw all the crowd coming in and I realized a lot of them were from our campaign or were recruited from our campaign. I’ve been to many of these SCVYD meetings and there’s maybe 12 people who come,” she said. “This entire organization is supposed to be about getting young people involved, getting them truly activated.”

“I pushed for us to do it,” he said. “This is a lesson for me. In normal campaigns, this is something you would do and do aggressively. I think now I understand that’s not the campaign we’re trying to run. We don’t want to run a normal campaign here.”

Caforio previously ran against Knight in 2016 and lost by a 53.1% to 46.9% margin. Voters in Los Angeles County, including Santa Clarita and Palmdale, backed Knight by a 108,545 to 99,962 voting margin, a difference of 8,583 votes, according to the California Secretary of State office.

In the most recent data available, the Secretary of State office said last February the 25th Congressional District, which includes all of the Santa Clarita Valley as well as portions of the Antelope, San Fernando and Simi valleys, has more Democrats than Republicans. Figures show the Democrats have 147,936—or 37.63%—of the registered voters in the district while the GOP has 137,142 registered voters, or 34.88% of the electorate. Registered independent voters total 86,972, or 22.12%. 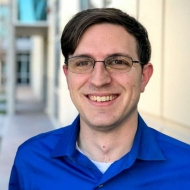