That night, White was shot in the neck in the line of duty while responding to a dangerous call.

And the sentiment he wanted to share in an interview Wednesday was gratitude. He was thankful for the deputies who saved him, the community that supported him and the family there for him while he got better, he said.

“(My fellow deputies) were there, and they were willing to put their lives in danger so I could get home safely to my wife and daughter,” White said, recalling his ride to Henry Mayo Newhall Hospital in his the back of another deputy’s patrol car that night. “So, I’m very grateful to them.”

White joined the Marines at age 18 because he wanted to serve, and then after fulfilling his obligation, sought out his next service: the Sheriff’s Department, about five years ago.

While White couldn’t discuss too many of the details from the shooting in November, as the criminal case surrounding the incident is still pending, The Signal reported the incident shortly after it happened on Bottletree Lane, in Newhall.

Deputies converged on an apartment complex on Bottletree Lane, responding to an assault with a deadly weapon call Nov. 28, when White and several other deputies came into contact with the man who shot White in the neck.

“We got a call that there was a victim with a gun pointed at her,” White said. “Later in the night, I ended up being shot by the suspect in the neck.”

Monolito Guerra, 29, a suspect who had been on parole in Newhall for a little over a month on assault and evading arrest convictions at the time of the shooting, is now facing an attempted murder charge, as well as other allegations, a Homicide Bureau lieutenant said at the time. He’s being held in lieu of more than $5.7 million bail at the Twin Towers Correctional Facility in Los Angeles. He’s due back in court July 10, according to court records. 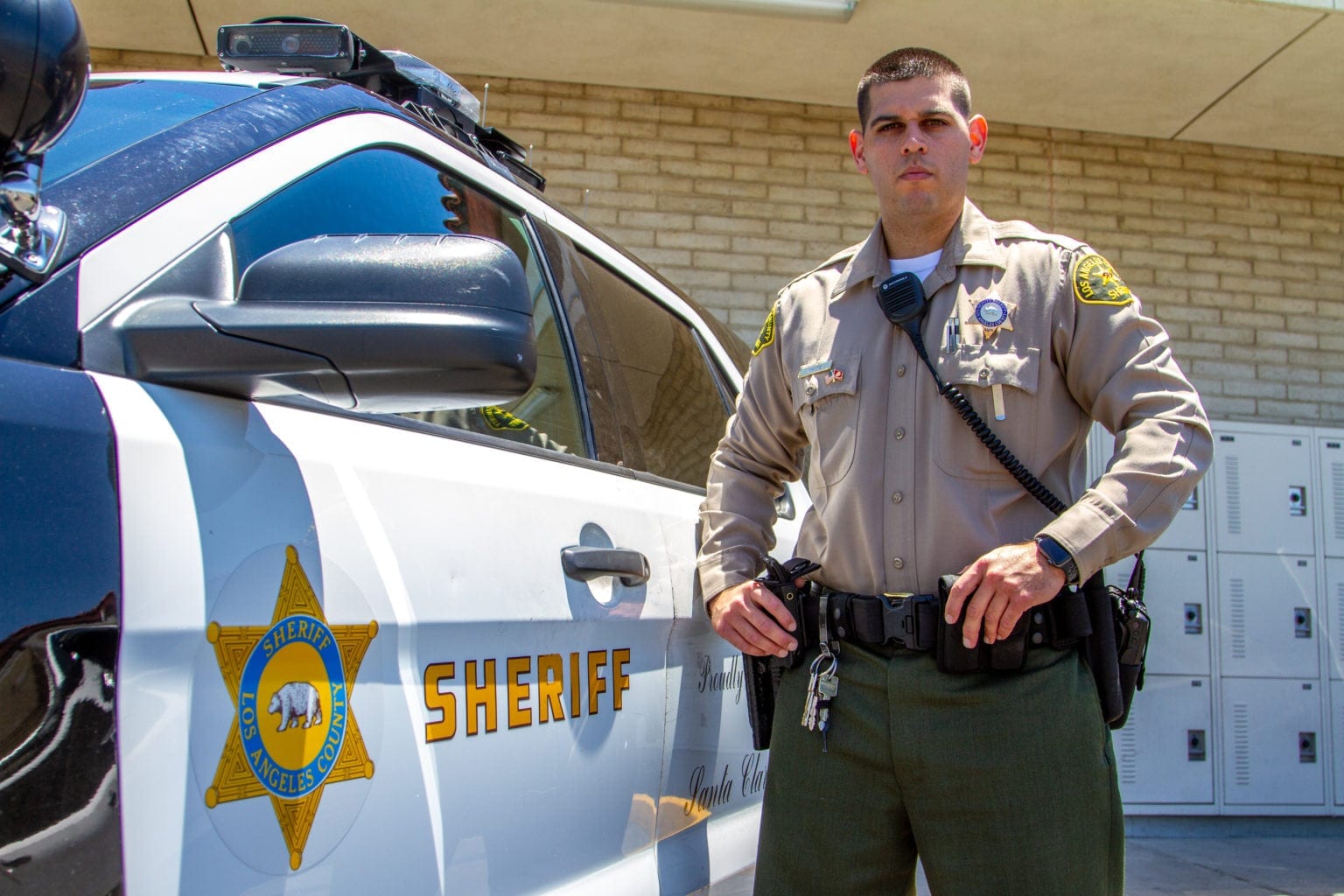 White initially was listed in critical condition after the shooting, according to reports from emergency officials, but even in recovery the deputy found a reason to be thankful. The community support he received was a blessing, he said, and the time he was able to spend with his wife and daughter made the best rehabilitation possible.

Now more than two months back on the force, White said he was happy to be chosen to serve on the Santa Clarita Valley Sheriff’s Station’s Summer Crime Enforcement Team, which he described as a family within a family.

“We just go out there and we back each other, just looking for bad people doing bad things, who are out there victimizing our citizens,” White said. “We’re here for them. And if we can do anything to protect them, that’s what we’re going to do.”