By Perry Smith and Austin Dave

There were just a whole lot more of them than usual. 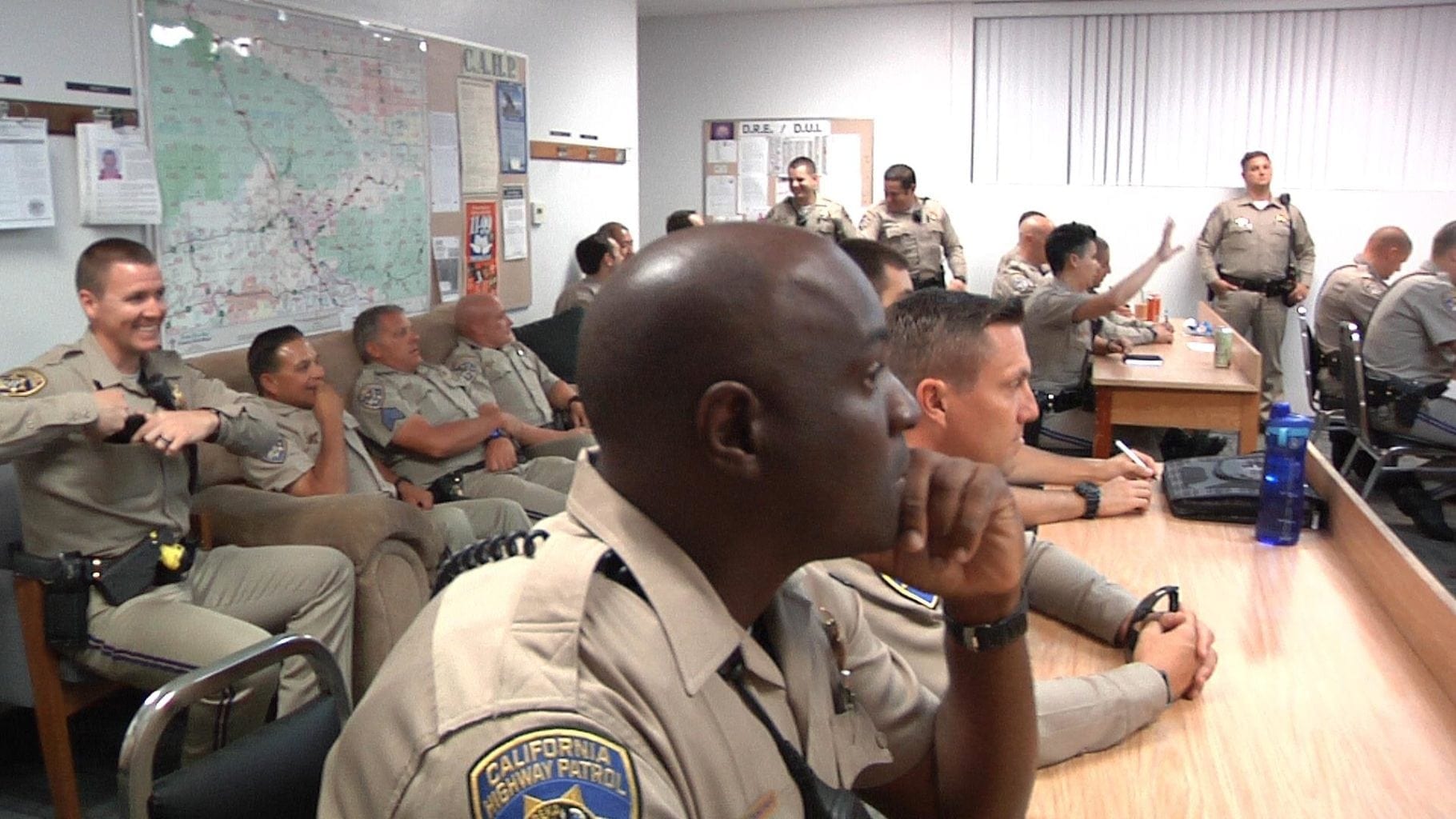 The federal Office of Traffic Safety funded a grant that allowed for a saturation patrol, which paid for 18 two-person patrol cars for the evening, a few more than the usual weekend deployment.

That certainly helped in the 22 arrests the agency made that night, all of which were aimed at keeping unsafe drivers off the road, said Josh Greengard, spokesman for the CHP Newhall Office.

The operation started off as a bit of a slow night, and then residents began making decisions that made things somewhat easier for officers, according to the arrest logs and details from officers on the scenes. (Santa Clarita Valley Sheriff’s Station deputies also made four DUI arrests Saturday during the course of their normal patrols, according to the station’s arrest logs.)

One of the first arrests of the evening, for example, came from two officers who were conducting their patrols near the I-5’s northbound Newhall Ranch Road off ramp.

Two officers reported watching and following two drivers who, ultimately, were accused of street racing. The suspects lined up near the intersection of Vanderbilt Way and Newhall Ranch Road.

When the light turned green, the drivers nearly doubled the speed limit, according to Greengard and, ultimately, both had their cars towed as they waited on the curb near the parking lot of the Walmart on Kelly Johnson Parkway.

“Two vehicles racing on a public highway shows little regard for anyone’s public safety,” he said.

The motorists had their vehicles impounded for at least the weekend, and were cited for an illegal speed contest, he added.

While Greengard was explaining CHP procedures during a traffic stop that ended up not being a DUI charge because the driver passed a field sobriety test, a yellow, late-model Volkswagen Bug drove by without front license plates — which is considered a mechanical violation, as state law requires the plates.

Greengard alerted nearby officers from the East Los Angeles office — the 18 patrol cars came from all over the CHP Southern Division to help with Saturday’s operation  — who caught up to the driver, and then conducted a traffic stop in which signs of impairment led to a blood-alcohol test that resulted in a 0.22 blood alcohol content reading, not quite three times the legal intoxication limit of 0.08.

Officers also said some of the bad decisions the drivers were charged with making were a little easier to spot than others. Toward the end of the night, a woman was arrested after CHP officers conducted an investigation and suspected she was driving under the influence.

Her passenger in the car — a friend — was given the option to take an Uber home, as officers suspected at the time he also was too intoxicated to drive, Greengard said. (Officers have the  discretionary authority release a vehicle to a sober passenger, with the driver’s permission, when it’s safe to do so.)

So, CHP officers were somewhat surprised to see the passenger whom they had already deemed too intoxicated to drive, show up to pick up the alleged DUI driver. He, ultimately, wound up handcuffed to a plastic chair alongside his friend whom he’d just seen arrested on suspicion of DUI less than an hour earlier.

“We’re out there to get impaired drivers off the road,” Greengard said. “You see it monthly, (as) someone who was impaired gets in a crash where someone gets injured or killed. Each one of these arrests could have had that kind of (injurious or fatal) outcome. You never know.”