Sipping on soup to raise money for the homeless

Warm soup, silent auctions and a brisk autumn night were all elements to the “Soup for the Soul” fundraiser hosted by the local nonprofit organization, Bridge to Home, which provides shelter and services to the homeless.

Being the the first nonprofit to hold an event on the rooftop of the newly opened Old Town Newhall parking structure, Bridge to Home served a six-course soup tasting to residents from across the Santa Clarita Valley who came to raise money for the local homeless shelter.

Having rained just the day before, the night of the event was chilly, and luckily had no rain, but Michael Foley, executive director of the nonprofit, used this moment to tell guests why they were truly there that night.

“Everyone here gets to go home in a warm bed, and because we [Bridge to Home] are not a year-round facility, the homeless do not.”

The money raised will go toward the goal of building a 20-bed family shelter on the land that was gifted to Bridge to Home by the city of Santa Clarita. The land is near the current facility on Drayton Street in Newhall.

“We have the opportunity to become a year-round shelter and this was an important event because we need more support,” said Carrie Lujan, communications manager of the city of Santa Clarita.

Originally an event to thank volunteers, the fundraiser has now transformed into an annual event, raising money for the organization.

“The money raised will help provide the best possible service to our homeless neighbors,” said Foley.

The Bridge to Home facility serves the nearly 300 homeless residents in the city, providing beds, meals, showers and dental services.

Additionally, the shelter provides an evening meal service, known as “Feeding it Forward,” where volunteers come in Tuesday through Friday and serve meals to those staying at the shelter.

Starting on Nov. 25, the facility will open its doors daily as a winter emergency center, from 6 p.m. until 8 a.m. 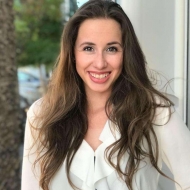