When voters decided 61 to 39 percent to reject Proposition 5 on Nov. 6, its proponents were not fazed.

Prop. 5 would have amended current state law to allow those 55 and older or disabled to transfer property tax assessment rates to new homes. The property tax transfer initiative, as it was known, was a reform measure that would allow those groups to move to a new home at reduced costs, no matter the new home’s market value, location or number of moves.

Its failure just means local Realtors who supported it will come back in 2020 to reinvigorate voters on its benefits, said Nancy Starczyk, who sits on the board of directors of the Southland Regional Association of Realtors.

Current law only allows one property tax transfer for most counties. The proposed initiative would have expanded the protections of Proposition 13, the law that helps property buyers estimate their future property taxes by fixing property tax rates according to their assessed value at the time of the purchase.

It ultimately would give seniors and the disabled more freedom in purchasing a home, putting them less at the mercy of market rates, Starczyk said. But the initiative ultimately failed because, she believes, people do not understand what it entails.

“We weren’t surprised it failed,” Starczyk said. “We do feel it would have been beneficial to our senior citizens to allow them to get an increase to their otherwise fixed incomes, and also would have freed up to 43,000 homes that would help alleviate a housing shortage. We didn’t expect to win but are regrouping to approach it differently in 2020.”

Opponents said the transfer initiative would have had a negative fiscal impact.

“Schools and other local governments each probably would lose over $100 million in annual property tax revenue in the first few years, growing over time to about $1 billion per year (in today’s dollars),” according to a report from the Legislative Analyst Office on the measure. The report also noted a “similar increase in state costs to backfill school property tax losses.”

But, Starczyk said, the LAO was using “static figures” to calculate the costs and looked at it as a loss. The office didn’t take into account the additional expenses from the sale that would not make it a loss.

Those figures examine the end resulting sales, but do not factor in the costs spent and the completed revenue for the senior and disabled homeowners.

“They should revise the wording on the 2020 ballot,” Starczyk said.

“You have to look at the whole picture and use dynamic figures,” she said. “They looked to it as being a billion-dollar loss with just the sale, but when you sell a home, there’s a lot of affiliated expenses like property inspections and termite inspections. They didn’t consider the money spent getting to the sale and completing the sale, and once the sale is completed there is more expenses incurred when the person makes modifications to the home.”

Opponents of the measure statewide said the initiative would bring major losses to teachers.

“As a retired teacher, I’m worried about paying my mortgage and holding on to some of my retirement to help my kids,” said former elementary school teacher Melinda Dart, in the ballot statement available at voterguide.sos.ca.gov. “Prop. 5 isn’t going to help me at all, and they shouldn’t say it will.”

Local teachers union representatives said their associations did not take formal positions on the measure before the election.

“We only focused on school board elections,” said Debbie Rocha, president of the Saugus Teachers Association. “We didn’t take a formal position on Prop. 5.”

Jayme Allsman, president of the Hart District Teachers Association, said the teachers of the William S. Hart Union High School District were more focused on issues of governance that immediately affected the district. 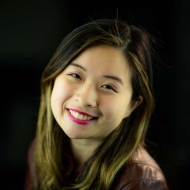