“(Ulch) was located at about 1:40 p.m. today, and he was found in the same shopping center as Rattler’s Bar B Que on the 26000 block of Golden Valley Road,” Bauer said.

The missing man had been previously spotted near Tourney Road, and was located about five miles away approximately an hour later, according to Bauer.

“He was uninjured, but he had walked all that way,” said Bauer. “He used to shop (in the Golden Valley Road shopping center) when he lived over there.”

Ulch, 70, was last seen at his residence on the 23400 block of Kingston Place at 8 a.m., according to a news release issued by the LA County Sheriff’s Department.

“The Missing Persons Unit will see if he has a cell phone or missing person tracker,” said Deputy Joana Warren of the Sheriff’s Information Bureau.

Ulch suffers from dementia and high cholesterol. He is described to be 5’11” and 181 lbs. He has blue eyes, wears glasses and is bald. Ulch was last seen wearing a grey zip-up hoodie jacket, blue jeans and black leather shoes.

Concerned for his safety, Ulch’s family is asking for the public’s assistance in locating him, according to the release.

“Hopefully, (the Missing Persons Unit) will locate him within the next few hours,” Warren said.
Anyone with information about this incident is encouraged to contact the Los Angeles County Sheriff’s Department’s Missing Persons Unit, Sergeant Nava, Detective Abraham or Detective Pereida at (323) 890-5500. If you prefer to provide information anonymously, you may call “Crime Stoppers” by dialing (800) 222-TIPS (8477), use your smartphone by downloading the “P3 Tips” Mobile APP on Google play or the Apple App Store or by using the website https://lacrimestoppers.org 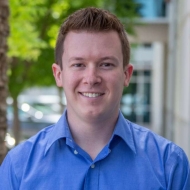