In the next few months, residents in the Commerce Center Drive community in Castaic will be receiving a ballot that will determine if their land maintenance district fees will be increased, or dissolved altogether.

Residents of the area surrounding Commerce Center Drive is the latest community in the unincorporated areas of Castaic who will experience this process. A similar process happened in the Hillcrest area of Castaic in 2018.

“LMD fees (in this area) are grossly underfunded,” said Stephanie English, field deputy for Supervisor Kathryn Barger. “If you have complaints about the maintenance in your neighborhoods, it’s because there is not enough money to contain your neighborhoods.”

In the Commerce Center Drive community, there are about 985 homes represented in that area, according to English.

Currently, residents and commercial-owned properties, in this area, are equally paying $2 a month for their LMD fees. With each property only paying about $24 a year, the county is unable to afford maintenance in this community, according to Barger.

Exactly how much the fee would be raised to is still being worked out through bids for the work, and will be communicated to residents before the vote, according to county officials.

In the next few months, residents in this community should receive a notice of the proposed increase of fees and will be invited to a community meeting that will outline how these fees will be allocated, English says.

“Though I don’t want my taxes raised, I understand why they need to raised to clean my area,” said Jessica Chambers, Castaic resident. “This is important, because it will show pride in our community and raise our property value.”

Some time after the meeting, ballots will be sent for residents to vote to either increase the fees or dissolve them altogether.

“If the community (members) are willing to increase their fees to keep up maintenance, that is up to them,” said Bob Lewis, Castaic Town Council president, “… but it’s going to come down to the cost.”

It will be a majority vote.

“Either you are willing to pay the new fee they discussed or you’ll have to pay for it on your own,” said English. “Those who respond will be the ones who make the decision for the community.” 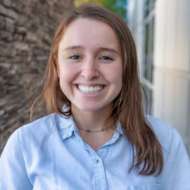