How Reed Hastings turn Netflix Around 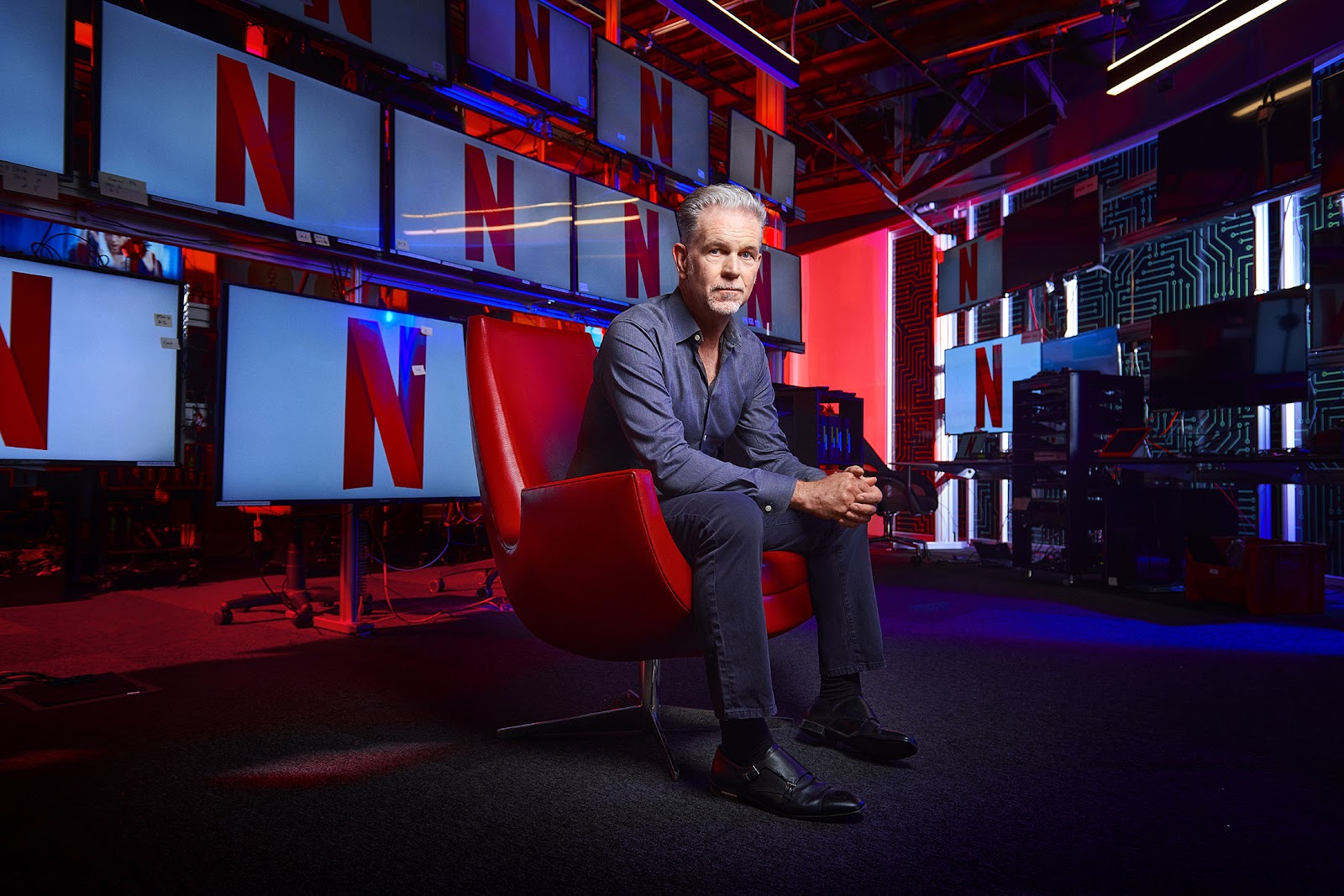 If you want to build a business that does wonders even during a supposed apocalypse, then you need to fix a meeting with Reed Hastings, the CEO of Netflix. As the world struggled deeply during the pandemic, Netflix earned over $6.44 billion in revenue with nearly 200 million subscribers under its belt.

Now, how did Netflix manage to maintain its stance when the economy was crippling? How did it tick all the right boxes? The truth is that it didn’t come easy for Netflix or Reed Hasting. Netflix struggles to get where it is, and Reed Hasting has a considerable role to play in making Netflix the next big thing.

It all started with a CD selling subscription via mail orders, and it ruled the era until the true pioneer of Netflix took over, an online video-streaming service, that too way ahead of its time. The rental option, however, is Netflix’s big break in the industry that evolved during the years based on user demand and new technological trends.

In an interview, Reed Hasting contributed much of its progress towards the work culture at Netflix. According to some, Netflix is a tough place to work at, but Hasting has something else to say.

“If you look at the employee satisfaction studies, we rank at the very top. People who work at Netflix love it. It may not be for everyone, but for 300 years, people have built companies to be like factories — very top-down, very efficiency-oriented. And now there’s a lot of creative work, where instead of supervising employees, which is the factory way, we look to get them to create new concepts. We manage on the edge of chaos, but the benefit of that is great creativity, which is what’s helped us adapt from the DVD era forward.”

He believes in influencing his co-workers, and that he did because Netflix is where it is because of all their hard work and dedication. The company’s vision regarding online streaming kept them on the top and up-to-date. Netflix believed in its original content, and the gamble proved to be on-spot as they conveniently took over Hollywood.

And Hasting’s most significant achievement is not only Netflix’s global expansion but also the content it chose to display. From Spanish content to Japanese animes, and let’s not forget content promoting and including the Black community. In a sensitive time like this, Hasting was bound to be on the top with diversity and inclusion in its content.

And inclusion was not just for content, but for its users as well, because Netflix continues to provide users DVD service via mail orders, especially those in rural areas where internet connectivity is a little hasty. In an era of new technology, Netflix never forgot its roots.

And last but not least, Netflix’s ideology of spending more on original content rather than licensing titles has proved to be worth it, as users across the globe could easily access those titles from any of the 180 regions Netflix is functional in.

Currently, the variation in numerous catalogs across the globe has forced users to take instructions from the internet on accessing the best Netflix catalog from anywhere (for more you could check here). More original content will regulate the catalogs, and you won’t have to worry about losing it anytime soon, either.

Now, as the year ends, there is a new goal that Reed Hasting has to achieve, maintaining the massive 200 million subscriber count. And to get the production running for 2021 Netflix Originals as the pandemic extends its stay on earth for another year.

How BrandingByExperts Can Rank Any Keyword In A Very Short Time?

Where to Watch ‘Top Gun: Maverick 2022’ Movie for Free Online.

Why choose portable toilets for the far off tourist places?

How To Take Notes To Be A Better Student