With COVID-19 vaccine appointments booked at Los Angeles County sites through the end of the week, Public Health officials assured those who received their first dose are guaranteed their second — but confusion over the scheduling process prompted officials to clarify the situation Tuesday.

County Supervisor Janice Hahn said during the Board of Supervisors meeting she’s heard from constituents who have grown anxious over not receiving confirmation for their second-dose appointment.

“They’re beyond anxious. They’re so afraid that we have wasted that first dose. They haven’t gotten their second dose and they’re approaching three weeks and they’re really worried about this,” said Hahn.

Simply put, eligible residents who received their first dose at a county site “do not need to register to get that second appointment,” said Public Health Director Barbara Ferrer. Residents should have received a return date and are expected to receive a confirmation email prior to their second appointment — which should be at the same location and time as the first dose 21 days later, according to Public Health officials.

County-partnered sites, such as Ralphs pharmacies, are expected to make those second appointments for people during their first visits, she added. At Henry Mayo Newhall Hospital, residents receive QR codes to scan and register their follow-up appointments themselves, according to Carissa Bortugno, a registered pharmacist and senior director of clinical support services at the hospital.

“I really want everybody to know that we guarantee, at all the sites, their second doses. No site should ever say, ‘I can’t give you the second dose because I didn’t get the second dose,’” said Ferrer. “We’re not shorting anybody on the second doses and we know how anxious this is making people feel.”

For those who were not given a date for their second dose, Ferrer assured Tuesday that residents should expect to receive an email by the end of the week.

Among those waiting for that email is Santa Clarita resident C. Miller, who attended Six Flags with her husband last Tuesday, and they are within the 65 and older group.

“We both got an email that same day but it wasn’t with the scheduled date of the second dose. My husband got his (second) appointment I haven’t gotten mine yet. We’re just vigilant,” she said, adding that the couple felt they “really lucked out” in getting the vaccine after many people fell short of scheduling an appointment after the county booking site crashed due to thousands of inquiries.

Santa Clarita resident Kathy Giordano and her husband also received their first dose at Six Flags and are among those who have already received an email from the county reminding them to return for their second dose in February.

With residents often rechecking appointment availabilities at the county’s booking website, vaccinatelacounty.com, Hahn suggested Public Health create a waitlist so residents can receive notifications when an appointment becomes available. Ferrer said she would look into the matter with the department.

The conversation comes as California Public Health officials announced the launch of My Turn, an online platform where residents can sign up to learn when they are eligible to be vaccinated, make an appointment and track vaccination data. (The website is myturn.ca.gov.) 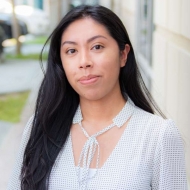