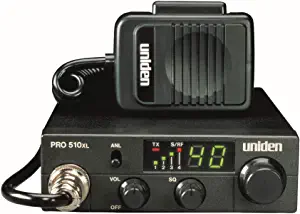 What is Ham Radio? Ham radio is an amateur radio service that operates in the frequency range of 2. You can think of it as a walkie-talkie for the airwaves. There are over 784,000 licensed hams in the US. Each ham has a call sign and can communicate across hundreds of miles without cell phones or the internet. It’s like having a free long-distance service that connects you to people around the world!

A license is required to own and operate a ham radio. The cost of a license is $15, and they are good for ten years. Once you have your license, thousands of groups and repeaters across the US join, making communication easy.

This guide will give you an overview of what ham radio is all about, how to get started, and build your knowledge base at your own pace.

Overview of what ham radio is all about

The word amateur comes from the Latin word amator, which means “lover.” Not just a lover of a specific radio mode!

Amateur Radio is an old hobby with traditions stretching back to the early 20th century. It was a fad for a while during that time but was mostly limited to landing ships and similar environments. After World War 1 and 2, many nations opened up amateur radio licenses to their citizens. The United States granted the first ham radio license to Marconi Wireless Radioperator George A. Hemming on November 2, 1905.

Ham Radio is a hobby that keeps people connected through a common interest in radio communications. There are dozens of different kinds of communication modes to enjoy and learn. Each mode has its own unique dynamic and challenges. But at the end of the day, you’ll have a better understanding of how radio waves work, and you’ll have better skills to start solving problems in your day-to-day life. It is not only fun, but it’s a great way to learn about electronics and radio communications.

How does it work?

Ham radio uses the first three blocks of the electromagnetic spectrum (EMS) – low, medium and high-frequency waves. It can also use the very low-frequency block (VLF – 3 kHz to 30 kHz) but for a different purpose. All communications are done using two-way radio frequencies and allow people to talk to each other across vast distances.

High frequency (HF) is used for communications between countries through the airwaves and is also known as shortwave. You may have heard of The BBC World Service on 6.9MHz in Europe or 8.9MHz in Africa. HF is also used for phone calls around the world. Just like a cellphone network.

This is called the marine band or ‘hull-down’ band running from 1605–2800 kHz. This band is shared with CB radio, but as wireless microphones have grown in popularity, CB has become less popular.

How to get started with Ham Radio

Here are some basic guidelines for getting into ham radio without breaking your budget.

Some of these tips can not be used with all radios, so check the owner’s manual before using them.

Ham Radio is a fascinating hobby that anyone can learn. Anyone can become a Licensed Amateur Radio Operator ( Ham for short) and get on the air to talk with people worldwide. Ham Radio will give you a peek into the world of communication on a worldwide scale.

Comfort in any weather