Tool Announces The Tour Dates 2022 For US & Europe : Leaves The Fans Crazy 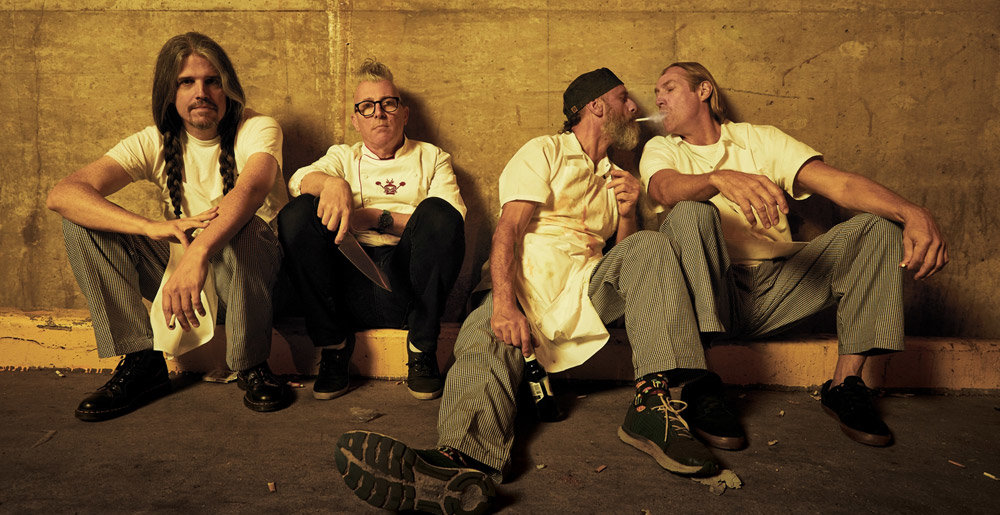 Tool- the most popular band in the bands of progressive rock- have announced their tour dates. The band was about to set their tour dates a year back in 2020 however;, the sudden intense waves of pandemic covid 19 has caused the tool to stay back. The band has released the tour details; the tour is based on 30 venues. Tour begins with Eugene and Oregon by January 10 2022. The tools then will move the Washington and Boise, which is then heated up with California, San Francisco and San Diego. The band will also perform in Las Vegas, Salt Lake City, Tulsa, and see the three executive programs in Texas before moving towards San Antonio and Houston.

Similarly, the tool goes to Cleveland and Ohio on March 20. Heading towards Europe on May 24, the band will visit Budapest, Hungary. Hence the tour dates will start from January 10 and last till May.

Tool recently came across their official Instagram account announcing their return from a long gap – the band revealed about the upcoming tour in 2021-22 with the slogan” something big is coming”. Thus, such a post makes up an environment of joy- the fans of the tool go crazy. At the same time, the tools became the top-notch news of the day- Thousands of people posted about the tool tour in 2021-22 tagging and mentioning the band.

Well, the news of the tool tour came to the media months after the announcement of Maynard James. The frontman of the tool has been working on the Covid 19. Well, James made a successful recovery and hence the tools came back to the social media announcing the tour, leaving the fans crazy.

However, at such a moment of the great announcement, the main drummer of the band, Danny Carey, holds up their Instagram account, stating some major things that go viral in a short time. He states,” It is with great pleasure I get to announce our return to the road. These past 18 months have been trying to say the least but from great trials come great lessons and great rewards. We are genuinely looking forward to sharing them with you.”

Thus, fans decode it because the band is coming with an exclusive new edition- However, the tour dates have announced the tickets of the tour will go on sale from Friday, October 1. According to the local time zone, the timings of the tickets sale will start from 10 am while there will be a slight difference in the time zones of UK and Ireland- the ticket there will go on sale from 9 Am local timing. Moreover, the band has announced 36 presale windows for the exclusive and VIP packages. These VIP and special tickets will go on sale from September 29 September 10 am local US time. The fans can book the tools pre window sale tickets from the official tool website www.toolband.com, or the fans can visit :

TOOL European Tour 2022 Dates Are Given Below

TOOL have announced a mammoth 2022 tour, with the Los Angeles-based band spending 3 months traversing the U.S. followed by a month of European dates. TOOL elected to kick off the highly-anticipated trek in Eugene, Ore. as a nod to the abrupt halt to their 2020 Fear Inoculum tour

Will TOOL Ever tour again?

TOOL has canceled all of their 2020 tour dates and the hard rock band has confirmed they have no plans to try and reschedule them for the rest of this year or even into 2021. … TOOL returned to touring last year in support of their 2019 chart-topping studio album, Fear Inoculum

Will tool make another album?

Tool’s frontman Maynard James Keenan has announced a new album with his side project Puscifer. ‘Existential Reckoning‘, is the band’s fourth album and follows their 2015 LP ‘Money Shot. The album is due out on October 31 and

What Makes the iPhone 12 Such an Exciting Prospect for Gaming?

ABC’s Record of Success will Continue at Burbank