An Arroyo Seco Junior High School student was transported to a nearby hospital Wednesday afternoon due to a medical emergency, which required the administration of Narcan to the student, according to a William S. Hart Union High School District source.

Narcan, also known as Naloxone, is a medicine that rapidly reverses an opioid overdose, according to the U.S. Department of Health and Human Services. Though Narcan was administered, the cause of the medical emergency is not confirmed.

Kaitlyn Aldana, a spokeswoman for the Los Angeles County Fire Department, said emergency personnel received a call for service regarding a medical emergency at approximately 12:47 p.m. on the 27000 block of North Vista Delgado in Santa Clarita.

According to reports of the incident a student was “sick,” Aldana said. No additional information was available, she added.

Fire Capt. Johnathan Guiterrez of Fire Station 111 said his team responded to the call for service. He only confirmed they responded to a medical emergency, and could not disclose additional information because it involved a minor.

Hart district Superintendent Mike Kuhlman confirmed a student was transported to a nearby hospital due to a medical emergency.

Though a Hart district source told The Signal that Narcan was administered on the student, Kuhlman could not confirm whether Narcan was used.

Kuhlman said all school sites were given Narcan on Nov. 16 as a precautionary measure.

The Hart district governing board had asked district administration and staff to acquire Narcan earlier this fall semester as a result of rising concern about local fentanyl overdoses. The order was made but it was delayed due to a few issues such as supply availability.

The cause of the medical emergency and the health status of the student were unavailable as of publication of this article. According to Kuhlman, it is district policy not to disclose information regarding a student’s health status unless approved by the family and confirmed by medical professionals.

Kuhlman reiterated that district officials were made aware of the medical emergency and they are waiting for further information from the family and doctors regarding the student. 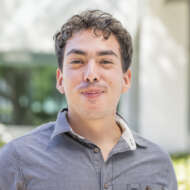