You could call it scamming the scammer.

A video showing a Wisconsin police officer taking matters into his own hands when a man threatened to arrest him for not paying his taxes garnered more than 4.3 million views on Facebook and at least a few from the Santa Clarita Valley Sheriff’s Station.

As the April 18 tax filing deadline looms, several reports of callers claiming to represent the Internal Revenue Service or the Franchise Tax Board have poured into local law enforcement offices.

Eau Claire Police Department officer Kyle Roder was clearing his voicemail when he came across an urgent call from a man claiming to be an IRS agent.

In the message, the man explained Roder would be arrested if he did not call back immediately, according to a post on the police department’s Facebook page.

The police officer picked up the phone and another recorded the exchange, now seen around the world.

“You said to call this number because you said I had committed a fraud or something,” Roder says in the video.

The conversation took a turning point when the caller claimed to not know the officer’s address.

Roder used his interrogation skills to manipulate the man on the other end of the phone conversation into revealing his scam — a practice taught by police agencies nationwide.

“You said you’re going to issue a warrant for me and come to my house, but you don’t know my address,” Roder says.

“How are you going to do that?”

These skills, however, are not common among the general population.

Local law enforcement officials are offering tips to those who may be unaware of the scam and vulnerable to losing their money and personal information.

“The scammers will tell the unsuspecting seniors that they owe money for unpaid taxes or that there were tax return errors,” the statement said.

“They then instruct the victims to put money on prepaid cards or transfer funds immediately to avoid penalties or even jail time.”

Miller advises those who receive similar calls to give up money or information to hang up immediately and guard their personal data.

The caller in Roder’s case took the scam a step further, using a fear tactic to get the police officer to cough up some cash.

“It just said I’d be arrested if I didn’t call this number back,” Roder says in the video.

The caller states the agency would send an arrest warrant to the local sheriff’s department.

In an email to The Signal, Santa Clarita station’s Miller, who watched the exchange on Facebook, said IRS agents never threaten to use sheriff’s deputies to arrest you for not paying your taxes.

“If you have elderly relatives or friends, please inform them about these scams so that they will not unknowingly be taken advantage of,” Miller said.

The spokeswoman advises anyone who knows or thinks they owe taxes, to call the IRS to confirm at their official phone number 800-829-1040, and ask for assistance. 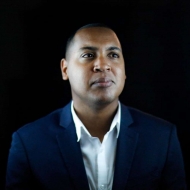