Cadets use paintball guns and the hills of SCV for training

Over a hundred ROTC cadets geared up with heavy packs, military gear and paintball guns over the weekend and engaged in field training exercises.

Cadets spent four days participating in training operations around the hillsides near Paintball USA off of Sierra Highway.

Students from the Trojan ROTC program spent their nights under the stars and woke up early to develop military plans, pursue objectives and evaluate their performances.

“Communication is important because you always go into a mission with a plan,” said Cadet Keagan Stasch.

“But the second you start getting shot at or you realize that there was something on the map that you didn’t see, you have to be able to adjust.”

The Trojan ROTC program avoided the arenas provided by Paintball USA and instead turned to the natural landscape of the hills surrounding the business.

“You don’t always intimately know your team members, but you have to develop effective command over people from all different backgrounds,” said Steven Scott, a graduate student in the program.

Scott was in the middle of the exercises and the paintball fire, evaluating the cadets on their performance and leadership ability.

“We’re not going for a textbook approach for a problem we’re faced with,” Scott said. “We’re looking at real world conditions and evaluating them for how they are handling the situation. 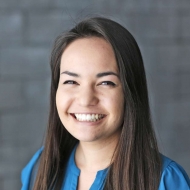