The Republican headquarters for the 38th Congressional district officially opened its doors on Saturday ahead of the upcoming midterm elections.

Santa Clarita residents ready to get on the political battlefield visited the new office at at 20655 Soledad Canyon Road in Canyon Country.

Gala Caprice Cruz, the new Executive Director for the 38th Assembly District Republican Headquarters greeted her fellow Republicans and gave a rundown of how the new office will be operating.

“I’m going to be supporting campaign activities for the three elected officials that will be working out of here,” said Cruz.

“We’ll be coordinating all kinds of volunteer activities once we get into campaign mode from walking to phone banking, special events, voter registration activities,” said Cruz.

“We also are looking to serve as a home base for all of our local republican clubs.”

Congressman Knight was confident that the new office will bring great results and stay active.

“We’re just looking for people to help and people to be motivated,” he said.

The 25th District’s representative also urged those who have been hesitant to get involved to take responsibility.

“The more people that are involved the better the team moves,” said Knight. “If you don’t then it’s up to the same folks trying to drive the message and it’s just harder.”

Assemblyman Acosta was happy to see new faces at the opening and to see them eager to be involved.

“A lot of new people that are excited about helping out and making sure they get the message out that the Republican party is strong in Santa Clarita and that we’re all working together for a common interest for the district,” said Acosta. 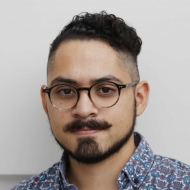