Jennifer O’Shea: A professor’s perspective on Saturday’s March for our Lives in Santa Clarita

By Jennifer O’Shea For The Signal

During class time, as the teacher, I am to run and lock all three doors, turn off all the lights and herd my students to the farthest space away from all windows. I am to position myself in front of them. And then we wait. We wait for the pounding on the door. We wait to hear the screaming. We wait for gunshots. 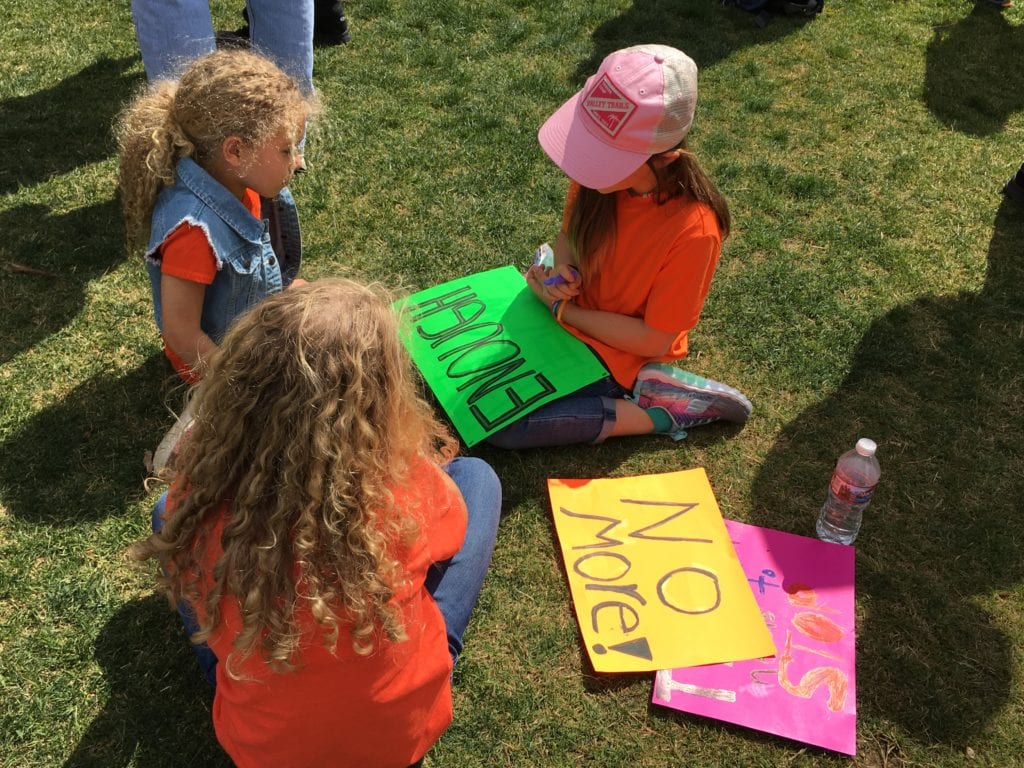 About 30 percent of Santa Clarita’s residents are of school age, according to the City of Santa Clarita’s Age Distribution of Population recorded from 2005-09. And I’m guessing that the numbers of young people in this valley has risen. My friends are not skimping on the amount of children they bring into this world. Approximately 45 percent of the residents are adults who could have school-aged children. The rest of the population of Santa Clarita could be the grandparents of those children in school. We all care about the wellbeing of at least one young person in this country, so why are we not paying attention to how they feel? We need to stop pretending that this isn’t a big deal. We need to listen.

One small voice can be amplified with help. One young girl in our small-town community was tired of hearing about more and more of her peers losing their lives every week. She was weary of hearing adults talk about how they are so sad and they want to help, but failing to take action. So she spoke up and realized that she isn’t alone. She and her peers wrote grants and won money. Forty plus young people joined her to speak up for the millions of young voices. And now over a thousand people gathered in Santa Clarita, as did many millions more in similar marches across the nation, to show this city that it is time for change. 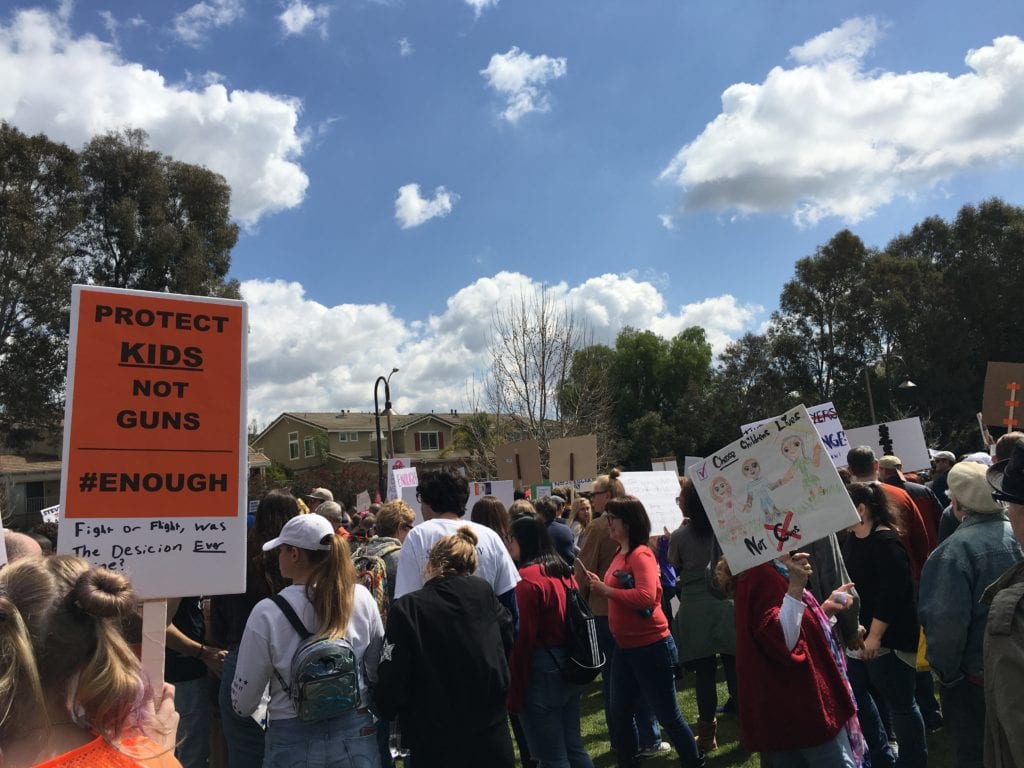 As adults, we find it easy to criticize the overuse of social media. It seems to dominate the lives of youth and cloud their judgment. But consider how some adults use Twitter to pick fights and boast about greatness, while so many millennials are using social media to speak up for human rights. They are collaborating, writing, calling, asking, gathering. The technological revolution has allowed the next generation to see our world from different perspectives. Social media allows them to share their experiences. 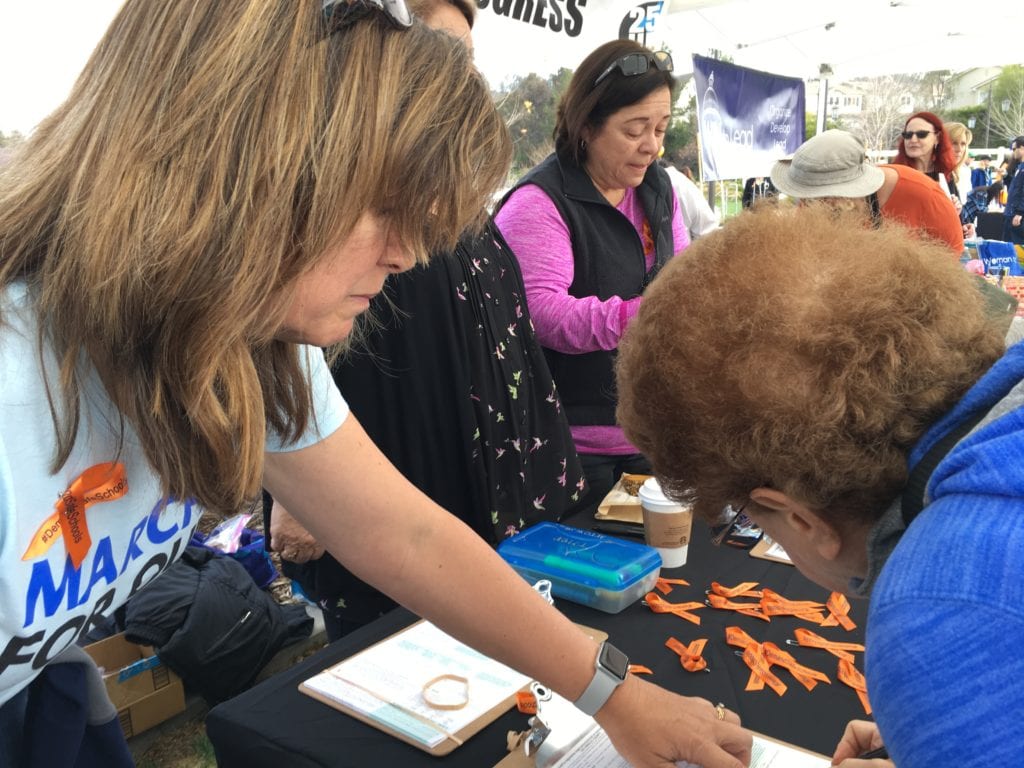 They have been sharing that they feel frustrated, scared and helpless. But this March For Our LIves  rally showed that they now feel empowered to speak out about those fears and frustrations. They demand change.

Before we judge them for having too strong of a voice or using inappropriate rhetoric, we must stop and remember where they learn these behaviors.  Perhaps when the models in their lives can stop pointing fingers, stop yelling, stop cursing and stop hating, then maybe they will learn to make change through cooperation and kindness. I have hope that they can teach us how to do that. We need to listen. 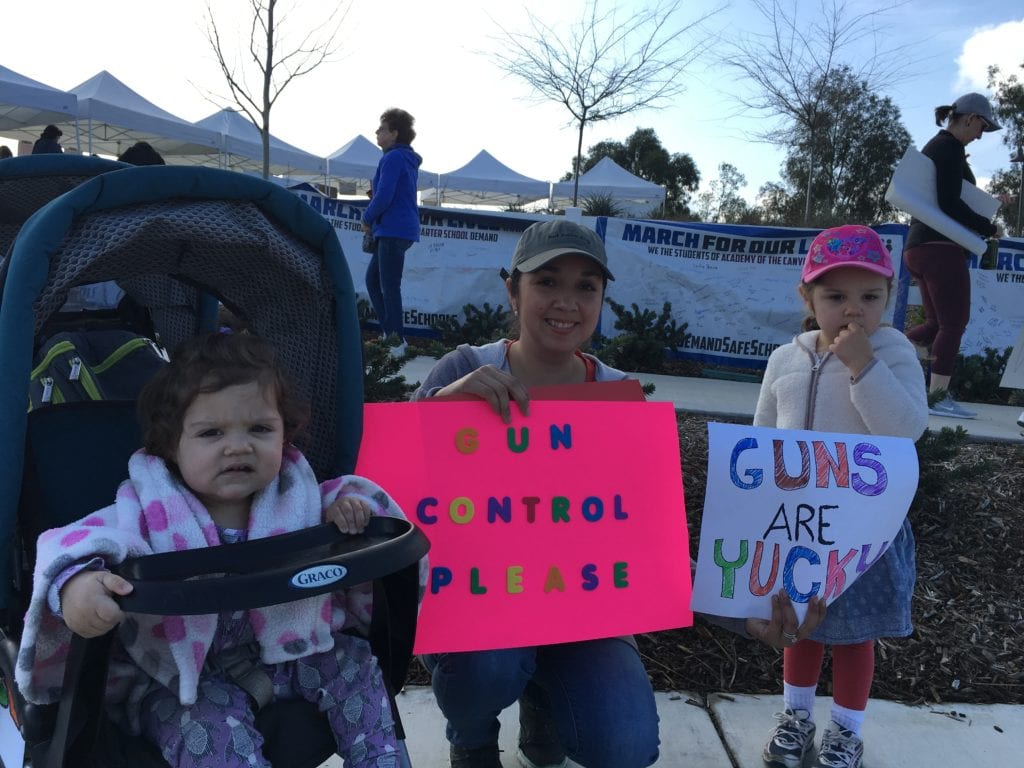 This march is about seeing the future rise up. This march is about knowing that the time I have invested has not been lost. Even though they act like the latest Instagram post is more important than the discussion about the Civil Rights Movement in U.S. History or the fight at lunch was cooler than the theme in “The Crucible,” this march reminds me that they are listening. And I want to congratulate teachers, those of you that have not given up on the next generation even when the system has given up on you. You continue to create, to plan, to learn, to inspire. Thank you.

These young people are speaking out now and voting in the next election. It’s not just a cliche: they actually are the future. Those elected officials that are making our young people promises, you better keep them. Are you going to begin paving the way for these young people to make positive changes in our world now or are your selfish actions only going to make more work for their future? 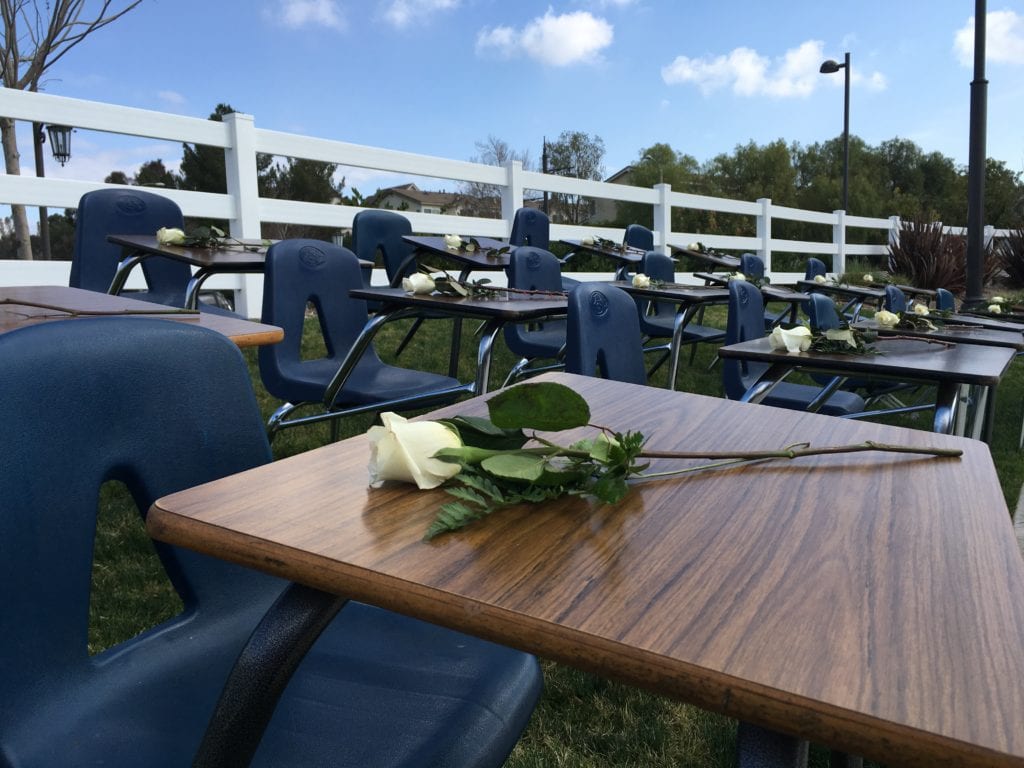 I went to this march to hear the students’ voices. And I hope that these inspired young people hold tightly to this moment and this feeling deep inside their hearts, and never let anything drag them into the darkness of pride and greed that threatens to creep in as we get older and sink deeper into our responsibilities.

I became a teacher 14 years ago because I believed I could make a difference in the lives of young people. Today I remain a teacher because I’ve realized that young people have influenced me with their vibrance and curiosity. I have learned from them.

Be kind. Be responsible. Be loud.

Jennifer O’Shea is a journalism professor at The Master’s University in Santa Clarita, who occasionally contributes to The Signal.