The “Seasoned Bandit” was sentenced to 33 months in federal prison Thursday and ordered to pay $38,424 in restitution.

Between April and September of 2017, James Allen Hayes held up a string of banks in Southern California, robbing, among other financial institutions, a Union Bank in Carpinteria, a Wells Fargo bank in Newhall, a Logix Federal Credit Union in Valencia, and a Coast Hills Credit Union in Santa Maria.

He was convicted of four counts of bank robbery, after pleading guilty pursuant to a written agreement signed Feb. 23.

To determine what his sentence should be, on April 27, 2018, the United States Probation Office filed a Presentence Investigation Report to assess Hayes’ total offense level under federal guidelines, prosecutors said in their sentencing recommendation.

The report looked at two aspects for recommending an increase in his sentence — the fact that property was taken from a  financial institution and the threat of death.

It also weighed factors to have the sentence reduced — namely, that Hayes accepted responsibility.

Hayes, who won the lottery back in 1998 — a cash prize of $19 million — admitted in the February plea deal he made with prosecutors that he robbed four banks: the Union Bank in Carpinteria on May, 24, 2017; the Wells Fargo Bank on Lyons Avenue, in Newhall, on June 12, 2017; The Logix Federal Credit Union on McBean Parkway, in Valencia,on July 25, 2017; and the Coast Hills Credit Union in Santa Maria, on Sept. 6,.

He also admitted purchasing his gold-colored PT Cruiser with money stolen from the Union Bank on the day he robbed it.

Under the terms of the agreement, Hayes would forfeit the gold-colored PT Cruiser to authorities to offset restitution in paying back banks that were robbed.

Before sentencing was handed down Wednesday, Hayes faced the possibility of being sentenced 20 years for each bank robbery, which would have amounted to 80 years in prison.

The judge presiding on the Hayes case, however, considered several factors on sentencing such prior convictions, if any, and the fact that Hayes spared the court time and expense by pleading early on in his trial.

Hayes also admitted in February that he understands he has to “pay full restitution” to the victims of the offenses — the banks.

Hayes is alleged to have robbed five SCV banks, as well as banks along the coast including: Carpinteria, Goleta, Santa Maria and Pacific Palisades, according to the 12-page Grand Jury indictment filed against him.

Among the financial institutions  “Seasoned Bandit” is alleged to have robbed the following:

– Monday Aug. 21: About 6 p.m., a long male walked calmly into the Wescom Credit Union on Pico Canyon Road at The Old Road in Stevenson Ranch. He gave a note to a teller demanding money and indicating he had a gun, although no gun was seen.

– Monday Sept. 25: shortly after 4 p.m., a lone man described as in his 60s entered the same Wells Fargo branch he hit on June 1,  demanded money and calmly walked out of the bank when he was given no money, got into a PT Cruiser and left. 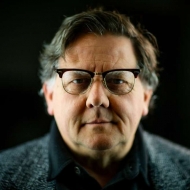