Officials give Santa Clarita pet owners tips for the summer

As heat waves begin to plague Santa Clarita, animal shelter and law enforcement officials have advice and words of warning for pet owners.

Every year, hundreds of pets die from heat exhaustion because they are left in parked vehicles, according to the American Veterinary Medical Association pet safety webpage.

“Leaving a pet in a car is the absolute worst thing,” said Dani Caouette, the Shelter for Hope coordinator. “If you can’t keep your pet with you the entire time while you’re in the car with them, leave them at home.”

One of the reasons leaving dogs unattended in cars is dangerous is their inability to sweat. As the temperature inside a car increases, a dog might attempt to cool down by panting. However, that becomes increasingly ineffective as the vehicle fills with warm air, causing dogs to overheat and dehydrate rapidly.

Pet owners are warned to never leave dogs unattended in a vehicle on a warm day. “Even for a moment, with the windows cracked and in the shade, that still doesn’t help,” Caouette said.

High temperatures aren't stopping people from walking their pets on the hot pavement or leaving them in the car. Reporter Michele Lutes shares warnings about these issues.Read more here: https://signalscv.com/2018/07/officials-give-santa-clarita-pet-owners-tips-for-the-summer/

“You never want to be negligent toward your animal, especially as a pet owner,” said Santa Clarita sheriff’s deputy Joshua Stamsek, who spoke to The Signal about law enforcement procedures regarding animals trapped in vehicles.

“If we arrive on scene and the dog or the animal seems in distress or it seems like death may be imminent, we’ll break a window to try and rescue that dog,” Stamsek said. “We’ll try to see if the vehicle is unlocked, see if there’s not another way in besides the window. Usually we look for the owner, but it depends how distressed the animal is at the time of our arrival.”

The party responsible for leaving animals in a vehicle can be liable for veterinarian bills and broken windows, not to mention charges of animal neglect or abuse, according to Stamsek.

As for civilians who want to lend a helping hand, sheriff’s officials recommend looking for the vehicle’s owner or contacting law enforcement officials before taking any other actions.The sheriff’s non-emergency line is (661) 255-1121.

If traveling with one’s pet on a hot day becomes unavoidable, owners should bring items such as water, water bottles and towels, to ensure pet safety.

“Obviously the first thing you want to bring is water,” said Caouette, the Shelter of Hope coordinator. “Having something that is a collapsible water bottle or collapsible bowls is good for that. You want to bring maybe a towel as well. If they’re getting overheated, you’re going to want to get the towel cold and wet, and you want to cool them from their paws up.”

Pouring water over the top of the animal or placing a towel over their heads are not effective ways to cool them down, according to Caouette.

To avoid animals getting overheated during walks, Caouette recommends early morning or evening walks, as well as the “3 Second Rule.” Owners should place the back of their hand or bare foot on the ground and count to three. If the surface is too hot for pet owners, it is too hot for pets.

Ultimately, leaving pets in a cool, familiar environment is safest for their health, according to shelter officials.

“You want to leave them inside the home, never leave them outside on a hot day,” Caouette said. “And it would be nice to have it air conditioned. If you don’t have air conditioning you can leave a pan of ice water with a fan blowing. That helps as well.”

Animals should be left with cold, fresh water as dogs will often not want to drink warm water, increasing their risk for dehydration.

“It’s miserable out there and (pets) have a harder time getting cool,” said Caouette. “We have to be the ones to watch out for them.” 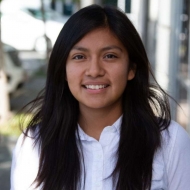