Almost a month into the school year, Foothill League cross-country teams are just about to wrap up their preleague meets and invitationals with the Foothill League match No. 1 looming. Hart is scheduled to host on October 10 at Central Park.

The league schedule looks slightly different this year. Foothill League coaches agreed to schedule two meets instead of three and move the first meet to October.

Foothill League meet No. 1 was originally scheduled to be held yesterday at Canyon.

“Many other league meets in our state typically run only two meets themselves, but they don’t have the competition that we have,” said West Ranch coach Sara Soltani. “So getting rid of the first league meet will only help our runners rest and not beat themselves up so much. By the time we get to league finals and CIF, we are exhausted.”

The West Ranch boys and girls teams are ranked No. 2 and No. 4, respectively, in the latest CIF-Southern Section Division 1 polls, making them two of four seeded teams in the Foothill League.

The boys are led by seniors Isaiah Seidman and Evan Bates, who finished in ninth and 10th place at the Woodbridge XC Classic with times of 14:18.5 seconds and 14:21.4.

Sophomore Dylan Gatua will look to make some noise in the Foothill League, setting the fastest time for a sophomore in the state after finishing 33rd at Woodbridge with a time of 14:39.8.

“After talking with him, he decided to drop basketball and fully commit himself to running,” Soltani said. “So for him to be among the top 35 runners as a sophomore (in the meet), it’s pretty great.”

The Wildcats girls team will is headlined by freshman Alexis Fernandez, who finished in the top 25 runners at Woodbridge with a time of 16:58.8.

Upperclassmen Abigail Welch and Sophia Hoelzel will return for their third and fourth years at West Ranch and figure to be top runners for the Cats this season.

Ranked No. 2 in CIF-SS Division 2, the Saugus girls cross-country team is the highest-ranked girls team in the Foothill League and will be led by team captain Jacqueline Cascione, who helped the Centurions finish in second place at the Cool Breeze Evening Invitational on Sept. 7 with a time of 17:15.9 for 13th place.

“Jacqueline is our captain and leader and again we are looking to work hard every week and it starts with Jacqueline,” said Saugus coach Kevin Berns.

The Cents boys team is ranked No. 5 in CIF-SS Division 2 and is in a bit of a rebuilding stage after losing four of the top five boys from last season.

Finishing in first-place at the 5th Annual Raider XC Invitational with a time of 15:13.69, Hart’s Jeremiah Rasmussen will be the Indians top boys runner.

“It’s funny because initially, Jeremiah wasn’t going to run,” said Hart coach Larry David. “But he decided to run and he ended up winning the race quite handily.”

Seniors Matt Liedmann and David Flores will also be in the mix for the top five Indian runners.

Seniors Sonia Avila and Dhanya Rodrigo will help an Indians girls team that without them, lacks any varsity experience.

“Our numbers are down this year and we are in a bit of a rebuilding year, but the rest of the group if fluid,” David said.

Canyon brings back Ethan Danforth for his senior year after leading the boys team to first-place finish at the Omani Invitationals held Sept. 15. Alfredo DeAnda, Estevan Covarrubias, Andrew Mawhorter and Ryan Hogan all finished in the top 25.

Cowboys girls runners Angelee Berganio, Marissa Rodriguez and Chloe Davidson finished among the top 25 as well and helped the team to a fourth-place finish at Ojai.

Golden Valley’s Daniel Rush finished in second place at the Cool Breeze Invitational with a time of 14:27.7 and followed that performance up with a first-place finish at the High Desert Invitational held on Sept. 14.

“Along with Nate Dougherty and Brandon Lucas, Rush will figure to be the backbones of the team and really carry the other guys along,” said Golden Valley coach Wes Hinson.

Brooke Milam and Erin Miller will focus on leading the Grizzlies girls team to a successful season.

“They have gotten off to a little bit of slow starts, but will be great for the program,” said Hinson. “Great girls both are super hard working and very motivated to do well.”

Finishing in third place with a time of 16:08.9 at the Ojai Invitational, Valencia’s Gage Davenport was one of three Vikings boys runners to place in the top 20. Christian Lopez and Tarik Khezri finished 11th and 19th, respectively.

The three will likely be the top runners for the Vikings.

Filled with an abundance of talent, the Valencia girls team compiled of Hailey Kirsch, Ronnie Jones, Marissa Marti and Sydney Makar finished in the top 15 runners at the Ojai Invitational for a second-place overall team finish.

“That Valencia team is a good team and Saugus had very good runners,” said Canyon coach Paul Broneer. “We are just a strong league from top to bottom.” 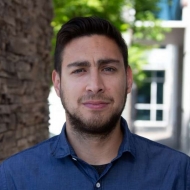