Whether it’s wind, heat, or heavy rain on a day like yesterday, high school athletic teams rarely take a day off.

Most outdoor sports, including football, golf and soccer continue with scheduled activities even when there is a downpour.

With the forecast predicting rain for the entire week, the West Ranch girls soccer team practiced in the rain Monday to prepare for the likelihood of having to play one or two league games in similar weather.

Wildcats head coach Jared White cut practice short however, as he didn’t want his players to get sick.

“From a preparation standpoint it’s kind of a tricky balance because you don’t want to practice too long because you don’t want to get them sick, but you have to make sure they are ready for the situation that’s going to happen tomorrow,” White said. “Today we had girls show up in big rain jackets and beanies and hoods on. About halfway through practice I said, ‘I’m glad you are keeping warm, but take it off and go 15 to 20 minutes of exactly how we are going to have to play tomorrow.’”

For the local soccer teams, halftime isn’t long enough to get to the locker room that is usually far away from the field.

Teams don’t really have the chance to change clothes at halftime or get dry, instead staying outside during the inclement weather.

“We have this saying, ‘Embrace the suck.’ The cold, wind, weather, opponent, whatever it is, embrace it and own it,” White said. “After 80 minutes you can go inside a nice heated house with dry clothes but for 80 minutes you got to battle. We just try to have that mindset we don’t try to pay much attention to the negative aspects. It is what is. Let’s go give it our best effort.”

Players can wear gloves or undershirts to help keep warm and usually have a longer warm up period before games.

When it’s cold outside, players don’t sweat as much, but it’s important they stay hydrated throughout a contest.

Even if an athlete isn’t sweating as much as they would on a hot summer day, they have to replenish water loss and staying hydrated warms the body.

“It’s hard for them because you’re freezing cold outside and the last thing you want to do is drink a bunch of water, “White said. “We start really early preaching nutrition, hydration. They are required and responsible to drink twice their body weight in ounces and that not only comes from me but from our athletic trainer.”

As far as gameplay is concerned, that can be a little tricky as well.

Especially if you are a technical team like the Indians or the Wildcats.

“Sometimes we try to overplay and we don’t like going long so often when the field is wet, it keeps too much,” Mitrovitch said. “It affects the way both teams play but the question is who is going to adjust better?”

Depending on whether the field is flooded or not, the ball can increase or decrease in speed.

On first rain, the ball can skip the turf and accelerate quickly, giving the ball weird bounces and requiring players to have quick reaction times.

If the field is flooded and there are puddles, the game slows down as there is more resistance.

The goalkeeper tends to have it the hardest, as judging the spin and speed of free kicks or shots on goal can be difficult.

White gave his goalkeeper Hannah Everitt extra reps in practice on Monday for that exact reason.

“It’s really important for our goalkeeper to work on low shots skipping off the ground and defending crosses with unpredictable bounces,” White said. “We want to prepare her for the worst, so today was a good day because it was really slick on our turf. We took a bunch of shots at her and try to help her positioning and reaction time and get used to that.”

While there is a high probability of rain today and the rest of the week, the soccer teams will be out there playing no matter the weather.

The only condition that would postpone a game is lightning, but fortunately those type of thunderstorms don’t hit the Santa Clarita Valley too often.

“We play in the rain all the time, the girls are used to it. It’s not anything new it just takes an adjustment period but they’re okay with it,” said White, whose team played in hail earlier in preleague. “Lightning is what you can’t play in, but we don’t get a lot of lightning thunderstorms. We get the rain, we get the wind. Earlier this year we had hail. That was probably the most dangerous conditions we’ve played in. The heavy rain and hail.” 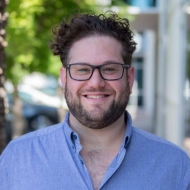