Seamlessly cut into the natural landscape of rolling Santa Clarita Valley hills, overlooking the entire community it plans to serve, Castaic High School is taking shape to assume its role as a jewel of the William S. Hart Union High School District.

During an on-site visit Friday, project officials showed off the nearly complete football field and track on the south end of the project that will give players and coaches an open view of the Santa Clarita Valley while they play football, soccer or run the 400-meter track. Only the striping and the bleacher installation remain to be completed, according to officials.

Sitting above the football field are other athletic spaces, complete with two softball fields, two baseball diamonds, two soccer fields, eight basketball courts and a handful of tennis courts. As of Friday, the grass needs to be planted and the backboards need to be installed on the basketball hoops.

The gym, which is one of the largest buildings on the site, is complete with locker rooms (with the lockers painted in the school’s colors, charcoal gray, white and burnt orange), two basketball courts, and rollout bleachers that will be able to seat more than 1,000 attendees. Within the same building is the school weight room, and a dance studio with mirrors, open floor space and a barre, or stationary wooden bar, which helps dancers maintain balance as they stretch and rehearse.

The project is being done in stages, and as the project has been rolling out, various aspects have been coming forward at the same time. Project managers say that while one thing has been completed, others are starting up so that the previous aspects’ concrete can dry, or another contractor can come in to do their work. All the buildings on the campus will be either one story or two stories in order to blend with the Castaic topography around the school.

Project officials say there are more than 200 construction workers pulling overtime hours to complete the project in time for the Aug. 13 opening. Beginning at approximately 6:30 a.m. each day, the workers have been reportedly working all day laying the concrete, painting the buildings’ walls and ensuring that the classrooms that will be open on opening day are all set for the approximately 300 ninth-graders coming to high school for the first time.

Those students will be the first to walk through the main entrance gate, which is scheduled to be decorated with the school’s name and solid white, imported tile.

After entering, the students will find the administration building — which has most of the furniture already installed — with Castaic High Principal Melanie Hagman occupying one of the corner offices overlooking the entrance.

Between the main science building and the administration office sits the library, which features more of the imported tile with a more-than two-story raised ceiling and walls of wtindows. In the same building is the student store, which will be open to students, and was designed to feel like a modern coffee shop. The counter follows a serpentine pattern along the far side of the room.

In the science building are classrooms filled with modern educational apparatus, from Bunsen burners to ventilation hoods to white boards. The science building’s first floor will be available to students at the grand opening.

The two primary buildings that will not be completed when the students arrive on the first day of class are buildings 700 and 900. Building 700 is set to house the school’s career technical pathways programs for welding and dentistry, which requires a special layout and equipment that will take more time to install. According to project officials, Building 900, the school’s performing arts center, will require a bit more time due to the intricate nature and design they’ll be putting into the auditorium.

Between buildings 700 and 900, in the northwestern corner of the site, sits the schools cafeteria, walk-up windows for students looking to buy quick snacks or full meals and a lunch shelter area. The kitchen, according to on-site officials, could be that of a restaurant.

In the northernmost corner of the site, sit the utility hookups for the site, which await connections from utilities including the Southern California Gas Co. The utility began construction of gas lines to connect to the school this week after a scramble to get the gas line permits approved by Los Angeles County officials with enough time to complete them in advance of the school’s scheduled opening. Castaic High School Walk around: gym, facilities nearly complete.

The gas company started to lay down the piping Thursday, and close to a mile of infrastructure down Canyon Hill Road will be completed by July 12, according to project manager Randy Wrage.

“With the utilities issues, everybody came together with what was seemingly a disaster, and within 36 hours it got better,” said Wrage. “And the whole project has really been a collaboration of agencies, design and construction professionals.”

Four parking lots for visitors, staff and students encircle the eastern side of the football-shaped campus, and the entire campus is planned to be 250,000 square feet. 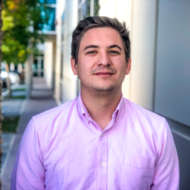