Most of the time, stories about the U.S.-Mexico border are immensely polarizing and political, but Laura Carlson wanted to show a different side of the region.

The Valencia resident is a professional writer by day and a documentary filmmaker on the side. Her first film “Beyond Barriers” was screened at the Cannes Short Film Festival in 2019 and made its U.S. premiere in February at the Golden State Film Festival at the TCL Chinese Theater.

“Beyond Barriers: Esperanza Sin Fronteras” is a 28-minute short film looking at the Naco Wellness Initiative in Naco, Sonora, Mexico, started by her uncle-in-law Tom Carlson, as “people from opposite sides of the U.S.-Mexico border come together despite economic, health care, and political barriers to create a center of wellness and hope,” according to the film’s description.

Laura first became interested in telling the story of the Naco Wellness Initiative after hearing Tom tell stories about living along the Arizona border and interacting with people on both sides and his efforts to mitigate some of their dire circumstances by helping to meet some of their health-care needs. The Naco Wellness Initiative began in 2004 to provide free health clinic services to Naco and the surrounding areas and receives about 12,000 visits per year.

“The U.S.-Mexico border is always at the top of the news and as I listened to what Tom was saying, I realized there was a positive side of the story in there that people don’t even know or even hear about,” Laura said. “It’s a story about desperate, sincere people who truly have joy in life and want to find a way to live somehow, a story of survival.”

After years of hearing Tom’s stories, Laura, who has a background in journalism, wanted to write an article about the wellness center and the people in Naco, but Tom declined, believing that a written piece could never do the story and the people justice. Not one to be deterred, after a year of doing research, Laura hired a camera crew and began making trips down to Naco in 2017.

Initially Laura had a script detailing the shots she wanted, the story she wanted to tell and the interviews she wanted to get. However, her trips to Mexico did not always go as expected and she wasn’t always able to get those shots or interview the specific people she wanted to, like the mayor, so she had to adapt on the fly.

Over the three years it took to make the film, including editing and adding in a musical score, Laura took five trips to Mexico. Though she enjoyed the experience, as the film’s director and producer the project quickly began to drain her resources.

“This was the real Mexico, a dusty little town on the border where despite everything the people found a way to be happy,” Laura said. “I felt so strongly about the message of the film and I was using all my savings to do this, and people kept saying I should drop it. I don’t think I’ll ever make my money back, but I had to do it because that’s what it takes to help human society, one person at a time.”

Tyler Holtman, who edited “Beyond Barriers,” said he was impressed by Laura’s drive to complete her film while still ensuring the people she worked with had constant communication and were compensated fairly.

“Laura is a very enthusiastic person who was very determined to do whatever it took to get the film made and to make sure everyone was treated fairly, which isn’t always the case when you’re working freelance, so I respect her a lot for that,” Holtman said. “Before I worked on this film I wasn’t aware of the conflicts going on at the border, especially the health-care crisis on the Mexico side. The reason that I got involved in the film industry is to help tell stories so that people can feel something and to learn something. This story is unique in that it shows a little glimmer of hope in an area of turmoil.”

On a whim, Laura submitted “Beyond Barriers” to the 2019 Cannes Short Film Festival and purchased her plane tickets, hoping she would make the cut, but not sure if she would. After months of not hearing from them, she cancelled her flight only to find out shortly afterward that “Beyond Barriers” was an official selection of the festival. Seeing as this was possibly a once-in-a-lifetime experience, Laura went to Cannes at the encouragement of friends.

“It was really an exciting opportunity I got to meet filmmakers from many different countries,” she said. “I had another perspective on life and got to see their films on what they’re thinking about. It was an honor to be in Cannes but the most important thing I was trying to accomplish was to share the people’s stories from the border. A lot of people stood and applauded my film when they didn’t do that for others.”

On Feb. 23, “Beyond Barriers” premiered at the Golden State Film Festival in Los Angeles. Tom, who is still president of the Naco Wellness Initiative and spends about half the year in Mexico, attended the screening and was able to interact with the guests afterward.

“I just got a big rush from watching and watching it on the big screen and talking to all the people afterwards, it was a high,” Tom said. “Laura and I weren’t that close before this project but it really has brought us together. I hope that people who see the film take away from it that there are plenty of good stories at the border because it’s really hard to find them in this toxic, political atmosphere.”

On Monday night, it seemed that all of Laura’s work came to fruition as “Beyond Barriers” won the Audience Choice Award for Best Short Documentary from the Golden State Film Festival.

“There were so many amazing films that I was caught off guard and didn’t expect to win at all,” Laura said. “I’m very happy because I set out to reach the audience and that’s exactly who matters and who voted for me to win this award.” 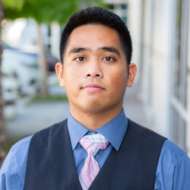 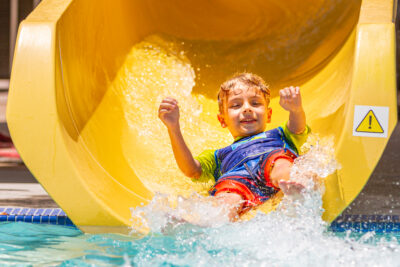