Just weeks ago, Saugus High School graduate and College of the Canyons student Sean Flaharty’s life changed forever when what he thought was kidney stones turned into a cancer diagnosis.

For around three weeks, 19-year-old Flaharty had been having horrible headaches and abdominal pain, but as he was working full time, on top of taking a full load of classes, he chalked it up to just simple fatigue.

“I would come home from work, and all I could do was just go straight to bed,” he recalled. “Towards the end of that three weeks, it became almost impossible for me to finish an eight-hour shift.”

One day, he remembers going outside to throw up around the six-hour mark of his shift.

“That day he called me and said, ‘I want to go (to the emergency room),’” his mother Cathy said. “I get there, and he’s like, ‘No, I took some Advil, and I’m feeling OK, so I want to finish my shift.’ … He’s an amazing young man, diligent, going to school, and just keeps going.”

It was that incredible work ethic and headstrong attitude that propelled him through the pain until one day he decided it was time to get checked out.

“I didn’t tell anyone anything (was wrong), so they had me pull out a 10,000-pound pallet of ice to the front to stock it,” he said regarding work that day. “I was really struggling, and (remember thinking), ‘This isn’t normal.’”

Due to COVID-19, he had been unable to get a quick appointment with his primary care doctor, and was left with no choice but to go to the ER.

Though his mom drove him to Henry Mayo Newhall Hospital, she was forced to wait outside due to COVID-19 restrictions.

“At first, they took a CT scan, and told me my spleen is huge, and I didn’t think anything of that,” Flaharty said, adding that next, they told him his white blood cell count was elevated. “It wasn’t just high, it was 500 times normal. … Normal is five to 10, but I was sitting at 511.”

“His blood cell count was so high that it was amazing that he was functioning,” Cathy added.

It was then that doctors started putting together the pieces before breaking the news to Flaharty that they thought he had leukemia.

“For 20 minutes, I was just on the bed, and I was kind of losing it a little bit,” he said. “There’s so many different types of leukemia, that I was (wondering), ‘Well, am I going to die?’”

Finally, Cathy was allowed to join her son as they prepared to transfer him to Children’s Hospital, where doctors would officially diagnose him with chronic myeloid leukemia.

“They were saying it was really odd for me to get CML because it usually only shows up in 50- to 70-year-olds,” Flaharty said, adding he’d always had damaged blood cells. “I haven’t always had leukemia, but I had the building blocks to one day give me leukemia.”

Flaharty’s father, Brett, said he will never forget the call he received late that night.

“Initially, I was in disbelief and thought it was a false positive or somehow an incorrect diagnosis,” he said, adding that it was only when he met with the doctor face-to-face that it truly hit him. “At that point, I went numb, for lack of a better expression. … Numbness gave way to acute fear on the way to Children’s Hospital. Since then, fear has given way to fighting the cancer, not to imply that fear factor has vanished altogether.”

For Cathy, it was a bit of a shock, as she, too, had been battling cancer over the last few years.

“Thyroid cancer is something that a lot of people have, mine has just metastasized,” she said. “I had two neck dissections, I had neck radiation and now they’re watching because, like him, I will never not have it.”

Even so, she said she wishes more than anything that she could take his cancer from him.

“It’s worse hearing that your son has cancer than yourself,” she added. “As much as I would take it all on and want to make it better for him, I feel really helpless.”

Through it all, it’s Flaharty’s positive attitude that has continued to show through.

“Getting it this young, at first, it seems like it’s going to destroy all your dreams, (but) I don’t think it will,” he said.

“It’s chemotherapy, but it’s not the type people really associate with it,” he said. “It’s a pill that I take every day, but there’s side effects, like it makes me nauseous … and it makes my knees hurt really bad, so I’ve been struggling to walk lately.”

Because leukemia is a form of cancer that doesn’t ever truly go into remission, Flaharty will only be able to stop taking the pills when doctors decide there’s a low enough percentage of leukemia cells in his blood that it would no longer affect him.

“They’re doing research that shows that if some people take it for three to five years, they can get it so low, that they don’t need to take it anymore, but that research isn’t done, so as of now, it’s indefinite,” Flaharty added.

Brett, who has seen his son’s positivity firsthand, added, “His bravery, kindness, love and sense of humor are on full display for all to see. Simply stated, Sean’s attitude inspires.”

In learning this, Tana Risley, a friend of Flaharty’s, created a GoFundMe, hoping to help the family with the medical costs associated with his treatment, and since the page was created mere days ago, it’s raised more than $10,000.

The Flaharty family is in awe of the tremendous support they’ve received from the Santa Clarita community.

“The SCV community is incredible,” Flaharty said, adding that he’s seen so much support from old friends he hasn’t connected with in years. “What’s even crazier is the people who I don’t know, total strangers, who donated.”

Though he finds it difficult to accept such generosity, Flaharty is hopeful it’ll allow him to continue pursuing his dream of going away to college after his time at COC to study psychology.

“The SCV will always hold a special place in my heart,” he added. 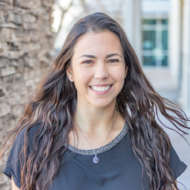