Finally. Once ignored but now the third largest city in Los Angeles County, Santa Clarita is finally on the map with a TV show not only named after the city – but the film production is also based in Santa Clarita.

An original comedy series produced by Netflix and starring Drew Barrymore and Timothy Olyphant, “Santa Clarita Diet” has been filming at a local studio and on location around town during the summer. While the release date hasn’t been announced yet, Netflix will release all episodes live at the same time. It’s expected to come out within a few months or early in 2017.

Kept heavily under wraps, the production team won’t release a single photo – even one of the film crews in action – as the Santa Clarita Valley Business Journal found when it requested a media-approved photo of the series, nearly causing a panic amongst the media reps. We assured them we weren’t out to spoil the fun – we just wanted to celebrate being put on the map.

“We’re one of the first in shows to get produced in-house by Netflix itself,” said Location Manager Brooks Bonstin. “We’re doing it entirely in-house; it’s an interesting experiment.”

Barrymore and Olyphant play husband and wife Realtors leading vaguely discontented lives in the suburb of Santa Clarita – that is, until Barrymore’s character goes through a dramatic change, sending both their lives down a road of death and destruction. In Awesometown? That’s death and destruction “in a good way,” according to the original Netflix press release.Only the writers and producer knows where the story line may go as the script and characters evolve.

“Santa Clarita Diet” has been filming at Santa Clarita studios and locations in and around town for several months now. In fact, with the exception of one scene shot in Stevenson Ranch, 100 percent of the filming has been in Santa Clarita, Bonstin said.

Doing location work for several years, Bonstin, a Burbank resident, said it’s really a pleasure when he is able to come to Santa Clarita to work on a show.Residents aren’t jaded by the blitz of location filming that Los Angeles area residents endured for decades, and the folks in the film office are really helpful, he said.

“We had to march an ox through an intersection of McBean Parkway and Newhall Ranch Road right before rush hour,” Bonstin said. “Where else could we do that? I really cringe going through other film offices. These folks are great; they’re really helpful. Santa Clarita definitely makes an effort to be film-friendly.”

But then, there’s a return on the investment to Santa Clarita being film-friendly. The city estimates some 6,000 people in the film industry live in Santa Clarita and those salaries go right back into the community.

“It’s a pretty standard size TV crew. We have 50 to 60 working on the set; then the office staff and folks at base camp,” Bonstin said. “We’re employing well over 100 people.”

Those jobs are decent, good paying jobs too, according to Bonstin. Eighty percent of the crew positions are all union. And the show is employing “lots and lots” of Santa Clarita Valley residents. Filming locally is good for them as they try really hard to land on shows that film in Santa Clarita, he said.

Working locally might get easier and easier to come by with the introduction of California’s revamped film incentive program, now in its first full year of operation. It launched only part of the newly minted tax credit program last summer. The credit creates an uptick in filming and there’s a large amount of new content being produced now not only by the networks, Bonstin said, but by the online players like Netflix, Amazon and Hulu.

He just wishes the state’s program didn’t cap the incentives by allocating tax credits only up to a certain dollar-amount depending on the type of production. On the flip side, Bonstin said, other states are beginning to end their program, such as Michigan’s which ended last summer.

“States began realizing that, in giving these productions incentives, crews would just bring their paychecks back home, into their own checking accounts, and spend the money in California,” he said. 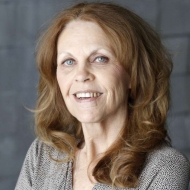