Santa Clarita Valley residents Mark and Tristy Viniello, a husband and wife entrepreneurial team, are producing a line of sleeping bags for kids with a theme of undersea adventures.

The slumber bags, called Enchantails, are shaped like mermaids’ tails and have been available through a number of online sources for about a year.

The idea arose when Mark, a 25-year make-up effects specialist, was making a mermaid tail for Adam Sandler’s film “Bedtime Stories,” and their eldest daughter wanted one of her own.

“She climbed into it and we couldn’t get her out,” said Mark.

Tristy did some research and discovered that there weren’t many mermaid-inspired products on the market. Thus, Enchantails was born.

The mermaid-inspired slumber bag, and book series the couple also created, is targeted toward children ages 4 and up.

Each slumber bag comes with an adventure book, a tote, a decorator pillow and wall decals featuring the mermaids with their Sea Buddies. The Sea Buddies are the mermaids’ sidekicks and represent endangered and near-threatened species. The idea is to teach children about the importance of ecological conservation and human responsibility.

The slumber bag sets reflect the world of Oceana and its 12 realms that are based on worldwide cultural mermaid mythologies and real-life places in the ocean.

“We used real-world mythology,” said Mark. “Every culture has stories about mermaids.”

Royal mermaids Kelani, Lucienne, and Tasi are among those being offered.

In creating the Enchantails stories, the Viniellos based the mermaids on their four daughters’ traits.

“Each one has a unique personality,” said Tristy. “There’s one that likes to care for things, another who likes to share. We took those and gave them to the mermaids.”

The mermaids have magical powers and whenever they use their powers their tails glow, thus, the glow-in-the-dark thread Enchantails are sewn with.

The Viniellos brought on former NBC Universal executive Kim Niemi, a 30-year resident of SCV until recently, who knows packaging, marketing, manufacturing and licensing. She helped pull together a team to execute the Enchantails vision.

Enchantails are available at Enchantails.com and at a number of other online outlets.

Mytex Home Fashions, a manufacturer of home furnishings specializing in fashion bedding and sheeting, signed on to make the slumber bags.

Toy Insider Magazine wrote, “The Enchantails slumber bag sets are everything I could have wished for and more. I know that if I was still a kid, I would probably sleep inside and play with them every day and night.”

“What child doesn’t want to be a mermaid?” asks Tristy.

Ultimately, the products are expressions of each royal mermaid’s character and how each one embraces her unique talent while discovering her individual place in this vast and varied undersea world.

“We like that message for our young ones,” she said. 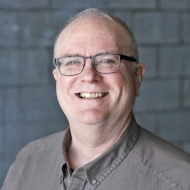