A little rain did not deter thousands from turning out to the 27th annual Haunted Jailhouse & Community Open House event held at the Santa Clarita Valley Sheriff’s Station on Sunday.

The event was sponsored by the station and the Boys & Girls Club of Santa Clarita.

“It’s a great chance for us to interact with the community, to be out here with the public and take a break from what we do day in—day out,” said Deputy Brian Heischuber of the Santa Clarita Valley Sheriff’s Station.

“It’s a good chance for us just to come out here and show support for the community that we care so much about.”

The haunted house, which was set up in the Sheriff’s Station’s jail, sported a “post-nuclear wasteland” theme, complete with pig people and cannibals portrayed by teens from the Boys and Girls Club. A more kid-friendly haunted house was also available.

At least 4,000 people turned out to the event, which featured dance performances, a petting zoo and a “Douse a Deputy Booth.”

Julie Turner attended the event with her four-year-old son Mateo, who was dressed up as a red ninja.

“I like this kind of environment where it’s kid friendly and not scary,” she said.

Admission for the event cost a $2 donation, proceeds benefited the Boys & Girls Club of Santa Clarita.

Event officials expected to raise about $8,000 for the club, which Nelson said will go directly toward teen programs. 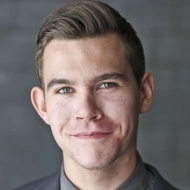