Congregation fasts for clarity and connection

Mauricio Ruiz is no stranger to hoping for a miracle. Ruiz has experienced miracles throughout his life, events he said are typically preceded by a time he’s spent fasting and praying. Now, as pastor of Elevate Church in Newhall, he is leading a church-wide 21-day fasting and prayer campaign, an undertaking he encourages in his congregation every year.

Elevate Church launched the voluntary campaign in early January, calling on congregation members to participate in ways that are meaningful for them.

Ruiz has completed a fast yearly for more than 20 years. He explained, when he feels he needs clarity in his life, or wants to find God’s answers to life’s problems, he fasts and he prays. He often ends his fasts by having only water for several days. He admits it was difficult at first, and doesn’t recommend it for others.

“Fasting helps you to draw closer to God so you can hear want he wants for your life,” said Ruiz. “It helps prepare you for God’s answer.”

Ruiz said he felt God’s clarity after being diagnosed with Hodgkin’s Lymphoma. While hospitalized, he and his wife completed a fast and sought God through prayer. The doctors offered a grim prognosis after finding a 10 inch tumor in his chest. They recommended a dangerous surgery that could kill him, or he could go home to live out any remaining days he had left.

After fasting and deeply praying for several days, he felt God was leading him to have surgery. He also felt an overwhelming sense that the outcome would be positive. He opted for surgery and the tumor was removed. Done just in time, the tentacles of the tumor had begun to wrap grasp his heart.

“God did a miracle in my life, and fasting and praying gave me the answer I needed to hear,” Ruiz said.

The church directs members how to safely complete the fast. They recommend the Daniel fast, which focuses on cutting out meat, dairy, sugar, coffee, and processed foods. Many people will follow this plan, or will tailor it to their own needs, simply cutting out sugar. Some do an electronic fast from tv, or social media.

Frank Buard, the children’s director at Elevate, has done the fast for the last three years and participated again this year. He said the timing was helpful as he began the new year, he spent a lot of time “seeking God.”

During his fast, Buard focused on becoming a better person and seeking God with greater passion. At times, he felt it was impossible to juggle a marriage, parenting, work and the church. So he spent time during the fast praying, reading the Bible and journaling.

“It’s been a mental and spiritual challenge,” he explained. “I really wanted to go on a deeper level with God.”

Buard said he’s felt a renewed sense of peace in his life. He describes himself as a “free spirit” that was not very organized. Through prayer, he felt God was directing him to become more organized.

“I wanted to become a better person, but how can I do that without being more organized?” he explained. And since beginning the fast, his level of organization has improved.

A refresh on life

Danette Spiers has attended the church for nearly a year. This is the first fast she is completing with the congregation and is following the Daniel plan for the full 21 days.

“I wanted to gain a deeper connection with God and grow in my faith,” Spiers said about her motivation. “I also felt it would be a good way to address my anxiety and self-doubt.”

Spiers said she followed the plan and prayed every night. She saw it as a learning process, to learn about God, her faith and herself.

“Within the first week I had a lot of clarity and understanding,” she said. “I’m learning I don’t have to deal with things on my own; God will help me.”

She admits she struggled the first few days, experiencing detox symptoms; but was able to get back on track.

“It’s amazing when you open the Bible and feel God speaking to your situation through the word,” Spiers said.

As she completed her last few days on the fast, she has felt her anxiety lift. She’s also felt personal growth and a deepening sense of faith. Ruiz, like Spiers and many others, said he felt a sense of revitalization and renewed focus. The fast was a way to reset their lives.

Ruiz explained doing a fast can benefit most people, both physically and spiritually. He said they should be specific about why they are doing it, make a Bible reading plan, and focus on prayer.

“You can fast when you need a miracle, when you have a dream that only God can make possible, maybe when you don’t feel God anymore, or you want to be sensitive to the desires of God for your life,” said Ruiz. “Fasting helps us restore our relationship with God, its more than just for health and losing weight.” 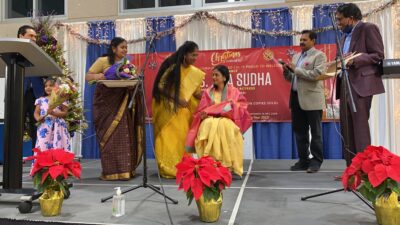 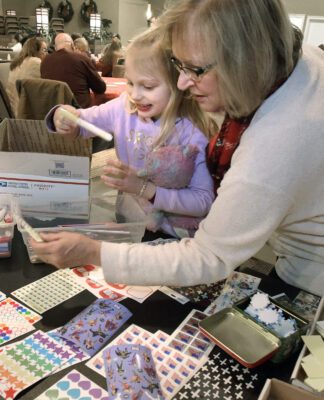 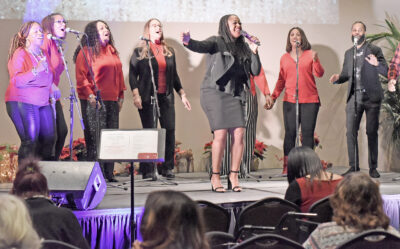 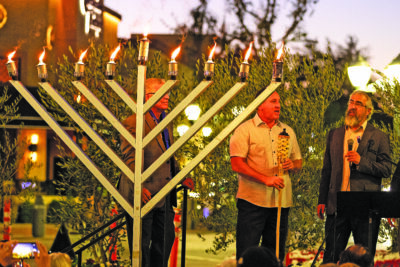