In 1966 a comedy film was released called “The Russians Are Coming, The Russians are Coming.” The premise of the film was that a Russian spy submarine inadvertently ran aground off the New England coast. The Russian surveillance was compromised and the result was a comedy of errors.

Fifty years later, we find a real-life situation where Russian surveillance and actual interference with our lives has been discovered. Unfortunately, the result is not a comedy of errors.

On Dec. 29, the federal government released a Joint Analysis Report of the situation, the product of analytic efforts between the Department of Homeland Security and the FBI.

This report provides technical details regarding the tools and infrastructure used by the Russian civilian and military intelligence services to compromise and exploit networks and endpoints associated with the U.S. election, as well as a range of U.S. government, political, and private-sector entities.

We recently observed the 75th anniversary of the Japanese attack on Pearl Harbor. We were vulnerable because we let our guard down. We ignored the evidence pointing to a Japanese attack.

In the modern world, we are not likely to see a physical attack on America by another nation state. However, a cyberattack could result in a serious disruption to our daily lives.

While there are many potential cyber attackers, Russia certainly understands how to wage cyber warfare. Just like Pearl Harbor, we have let our guard down.

To find evidence of this, all we have to do is review President Obama’s 2012 comments to Russian President Dmitry Medvedev that he would have more ability to negotiate with the Russians about missile defense after the November election.

As part of the political campaign in 2012, Mitt Romney was critical of President Obama’s approach to dealing with Russia. In the 2012 presidential debates, President Obama said that, although the Cold War is over, Mr. Romney wanted to return to the policies of the 1980s.

In President Obama’s second term, his administration engaged more in appeasement than in effectively negotiating with the Russians. This has encouraged the Putin regime to pursue increasingly aggressive foreign policies aimed at disrupting the West and spreading Russia’s political influence.

If you think that I am being overly harsh on the Obama administration, consider the following positions taken:

The abandonment of the missile defense system for Poland because it offended Putin.

The capitulation to the Russian demand at the United Nations regarding the lifting of sanctions on Iran.

Hitler was emboldened in Munich in 1938 by Neville Chamberlain’s actions. France sat by idly in 1938, choosing to focus on internal partisan political bickering.

Likewise, Putin perceives that the United States will only engage in token actions in response to aggressive Russian activity. Unfortunately, our response is eerily similar to that of Britain and France in 1938.

Our lives are built around technology. As discussed extensively in the Joint Analysis Report, Putin knows this, and his Russian henchmen are targeting government organizations, critical infrastructure entities, think tanks, universities, political organizations and corporations.

I recently attended a seminar on cybersecurity. The instructor pointed out that the Russians are at the forefront of cybercrime, and most contemporary cybercrime uses Russian-developed software.

There is even off-the-shelf cybercrime software available for those who can read Russian instructions.

Certain Democrats are using the situation to explain why Hillary Clinton lost the election. Many Republicans, for the most part, are breathing a sigh of relief that the RNC was not hacked and are downplaying the significance of the danger.

President-elect Trump seems to take the Alfred E. Newman approach, saying that “no computer is safe” and that, for intelligence officials, “hacking is a very hard thing to prove.”

Maybe the Donald is sly as a fox, making it seem like he doesn’t care while he clandestinely pursues counter-attacks against the hackers.

However, the extent to which Trump has business ties to Russia is not exactly clear, and one has to wonder whether what we see above the waterline is a clear picture of the ship’s true situation, or whether there is a dark secret below the surface.

I am certain that the American public generally does not comprehend the true magnitude of the issue and the potential threats posed.

Hopefully, our government does and will set aside partisan wrangling to take the appropriate actions to minimize future adverse consequences. 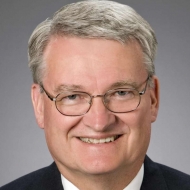