Arif Muhammad was worried when news of President Trump’s travel ban broke. Like many Muslims, he wondered what the executive order would mean for his friends and family members who were traveling back and forth between countries both affected and unaffected by the ban.

“It is very sad to see this happening in an area where we talk about the world becoming a global village,” said Muhammad. “This is creating segregation based on nationality or religion, in a country that is based on freedom of speech and religion.”

Stories of families torn apart or travelers detained for hours swept the country as protests broke out at airports, before the federal ruling halted enforcement of the ban. Despite the fear and anger, many Muslims in Santa Clarita began to see the travel ban in a positive light.

Muhammad, like many others within the local Muslim community, felt the travel ban could help spawn renewed understanding between the public and the Islamic community. He and many others felt Muslims have been misunderstood for some time, wrongly equated with terrorism.

“Fear spreads because of misinformation,” said Muhammad. “I would encourage anyone to come meet us and see what our values are.”

Reshma Syed said she was shocked and angry; but then began to change her viewpoint after seeing overwhelming local support.

“The outpour of support from the community was beautiful,” she explained. “This is the best thing that has happened to Muslims in so many ways.”

“We felt it was important to reach out to our Muslim community members to show our support and solidarity,” said Emily Skelton, co-founder of SCV Friendly Progressive Families. “Our hope is that our Muslim neighbors know that there are many families in the community that are here for them and will not stand silent in the face of discrimination.”

The group asked Syed and Mona Harsolia to speak at an upcoming meeting focused on supporting the Muslim community. Neighbors and FPF members also wrote letters of support to Muslims living in the area.

“Islam was painted with a broad brush of animosity and it’s not a dark religion at all,” said Harsolia, whose family is from India and Pakistan. All three of her children were born here in Santa Clarita. “We are finally seeing people want to learn about Islam. We want them to know we are just like them.”

Harsolia organized an outreach between a local mosque and the Sheriffs Department. More than 40 Muslim children from the Unity Center of Santa Clarita created handmade “Thank you” cards. They presented the cards to deputies last weekend at the mosque.

“We need to use this as a wake up call,” said Jamshed Yazdani a local leader at the Unity Center. “We need to channel our emotions into a positive direction, not demonstrating and breaking things.”

A religion of peace

Many are still wary of the future. Reports indicate Trump plans to issue a revised executive order, yet everyone expressed faith in America’s judicial system.

“The checks and balances of our country prevailed, our constitution and the belief system as a country is not in line with this ban,” said Harsolia.

Many members of the Muslim community feel the understanding of Islam has been tainted by terrorism. They hope fostering connections and activism can help clear up misconceptions.

“A few people doing bad is causing a bad name to millions of us,” Syed said of Islamic extremists. “They may call themselves Muslims, but they are not practicing Islam the way it was intended.”

Mohamed Abdul Ghani spoke at a recent prayer session at the Unity Center. He explained Islam is a religion of peace and focuses on dialogue “without resorting to violence.”

“I refer to those individuals that use guns and violence as ‘distorted’ Islam,” said Abdul Ghani. “People call it extremism, but to me they are distorting the main message of Islam, which is peace.”

Abdul Ghani and others interviewed emphasized the true nature of Islam is love, peace and caring for your neighbor. All similar ideals espoused by other religions, like Christianity.

“The most beautiful thing is this ban has called on us to come out of our shells and reach out to the community,” said Harsolia. “The ban has caused a new level of positivity, as ironic as that sounds.” 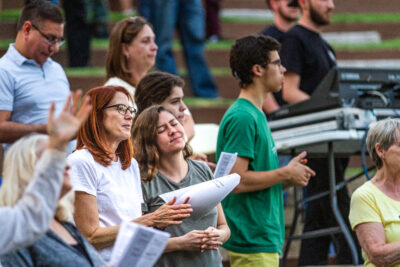 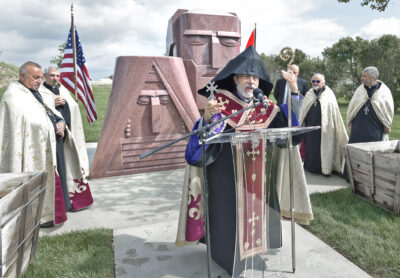