My sister is dying. Maybe too late, but I want to boast about her. I last saw her a few weeks ago and her face was grimaced with pain. She was diagnosed with lung cancer even though she never smoked a day in her life. After two weeks in the Philippines my husband and I had to return to our own life here in the U.S. Recently I learned she’s on oxygen and sleeping most of the time. She is very weak and her health has continued to decline.

My sister Linda is the oldest of seven siblings. My mother was sickly, yet managed to have several children because during her time, birth control was unheard of.  When we were growing up, my sister helped feed, dress, bathe and manage the lives of the rest of her siblings. She did it in her youth and like a habit, continued through adulthood.

We have heard stories about her during the Japanese time when at the young age of five she would cross rice fields to secure rice from other members of the family to help feed us. She would run around Japanese sentries and bring food home.

Linda is petite, sprightly, and meticulous about anything and everything. I have never known her to weigh more than a hundred pounds. Philippine culture has hierarchy and being the oldest she was boss and very bossy.  She has a very sharp tongue too. In the past, my parents tolerated it as they needed her assistance. It was not easy to raise seven children each three years apart in age. Her childhood sweetheart became her husband. He was a physician and this firmed up Linda’s leadership of the family. She was always financially stable and supported her siblings any way she could.

Thirty years ago, my siblings and I were working and living all over the U.S. Linda and her orthopedist husband would travel from West Virginia to New York, New Jersey, Texas and California and check on our needs. She and her husband gifted each of us with money, cars, household appliances and whatever else we needed.

My father was a preacher. When he became terminally ill he asked my sister Linda to take over. Linda and her retired husband worked together. They spent their own money to help people in the temple until her husband passed away. Linda’s daughter, who grew up in the U.S. retired at forty years old. She assisted Linda also, until her passing only last year.

Linda got insurance money and purchased real estate properties for each of her siblings, except for me and a brother, saying we don’t need it like the others. Yes, she gave lots to each sibling who retired and provided them an apartment to stay in while they built their homes. My sister was like our alternate mother. She told me once that she wants to be remembered that she did her best for all of us.

Linda has done a lot of good, both for her family and a lot of other people. Why should she die, I thought? The memory of her not being able to eat or drink sometimes stopped me from enjoying the food I have in front of me.

A few weeks ago, four of us came from the U.S. to see her when we learned she was terminally ill.  Linda, who knows she is terminally ill, sold some lots and decided to donate her one acre lot with a five story apartment house to her favorite and oldest nephew. The rest of the lots, she distributed to her other nephews. Now, how many sisters can one have that is like her? We said our goodbyes, fearful of not seeing her again.

Often I think of how ironic it is to lose her. She has been the best sister ever. How many sisters give real estate properties to another? How many sisters pay for a married brother or a sister’s whole family and bring them to vacation for days? How many sisters spend their lives serving people in the temple that she never knew? How can she be terminally ill when there are lesser and worse people in this world?

My sister loves travel. She traveled three times a year, maybe more. She says travel energizes her. As I write this, I know she has plane tickets for a September flight to Los Angeles.

I think of her always smiling when she travels.

We went on two cruises with her. We drove to Las Vegas several times with her too. I remember her when we got ready to go on a trip. She was ecstatic. On our last drive to Las Vegas, I took her picture as she slept at the back of the car with a smile on her lips. One thing is sure. When she leaves this world, she will have a very long trip somewhere, and I hope it will be as wonderful as she wished it to be.

Editor’s note: This story was sent to The Signal on March 6. Sadly, Linda passed away on Sunday, March 12. 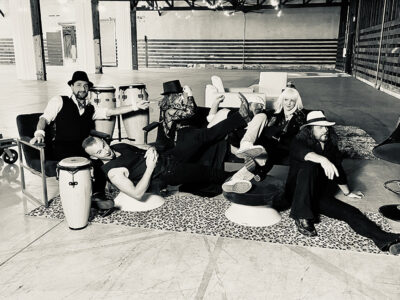