In 2016, the Santa Clarita Film Office had another record breaking year for location filming in the City. The Academy Award nominee, “La La Land,” starring Emma Stone and Ryan Gosling continues to dominate the box office creating nationwide buzz, especially after the Academy Award mix-up where “La La Land” was announced as the winner for Best Picture.  This feature film is just the latest in a long list of productions filmed on location in the City of Santa Clarita. Last year, location filming brought an estimated $33.1 million in local economic impact to our community, with 548 film permits and 1,366 film days.

The City has nearly 9,000 acres of open space with mountains, canyons, creeks, forests and desert locations that can double as almost any place in the world, now that’s a big benefit for production! Santa Clarita is home to more than 6,000 entertainment industry professionals, dozens of soundstages and thousands of varied locations.  On any given day, the Santa Clarita Film Office is buzzing with business, averaging more than three filming projects per day.

The City began issuing film permits in 2002. Our low permitting fees, expedited permitting process, film incentives, prime location within the entertainment industry’s “Thirty Mile Zone,” movie ranches and numerous sound studios make Santa Clarita a popular spot for filming. Over the years, we have focused our efforts on making the film permitting process as easy as possible all while balancing production needs with those of the residential and business communities.  We were the first city in Los Angeles County to offer a Film Incentive Program and remain committed to doing everything we can to ensure our position as a top choice for filming, therefore keeping valuable film jobs in Santa Clarita.

Santa Clarita has a number of feature films taking advantage of the City’s Movie Ranch Overlay Zone and film Incentive Program, along with the California Film and Television Tax Credit Program that is keeping production in the state. Some films that were shot in our City include “Furious 7,” “A Week in London,” “Chasing Life,” “Ted 2” and “The Submarine Kid.”

The City is currently home to some of television’s most-watched programs including “Westworld,” “NCIS,” “Good Girls Revolt,” “Santa Clarita Diet,” “Shooter” and many more. More than half of the location filming days for 2016 were attributed to television production alone.

While the City hit new highs with this record calendar year of filming, we are no stranger to this industry.  Motion pictures have filmed in Santa Clarita since the early 1900s when the dusty streets of Newhall and small local ranches were used as backdrops for stars like Charlie Chaplin in “The Pilgrim” and Tom Mix, who used Newhall as the setting for his “Mixville” brawls and horses races. The 1920s brought in William S. Hart, one of the most famous movie stars of the era, who bought land in Newhall which served as a location for his final film “Tumbleweeds” and eventually became the location for his mansion.

Many other movie ranches have sprouted up over the years, including Walt Disney’s famous Golden Oak Ranch, home to productions like “Little House on the Prairie,” “Bonanza,” and “Old Yeller.” Landmarks like Vasquez Rocks, College of the Canyons and Melody Ranch have all seen significant screen time over the years in film and television productions like “Ultimate Beastmaster,” “Deadwood” and “Sharknado 4: The 4th Awakens.”

The Santa Clarita Film Office ended 2016 with incredible momentum. I can already anticipate 2017 will be another record filming year for our City. 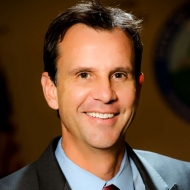