On those rare occasions when I sit down to write and have nothing to say, I often turn to various news apps on my tablet to see what the world is up to. Usually, it doesn’t take long to find some situation dealing with living and speaking ethically, and off I go with my opinion.

This week a cute little article showcased Tom Hanks and Rita Wilson as they approach the 29th anniversary of their marriage. Two things made the content of the article “opinion” worthy.

First, the author pointed out just how rare it is in the entertainment industries – film, stage, TV, and music – to find a marriage lasting 29 years. As we all know, many celebrities have left off seeing marriage as necessary, and those who do pursue it often discard spouses early and often.

I guess the very fact Tom and Rita have kept it together for 29 years is big news.

But should it be? Now, don’t get me wrong. As a man who believes God created marriage to give a man and a woman an intimacy of relationship – a joining of souls that grows better over time – I applaud and bless every marriage that sustains itself against the ravages of selfishness and the temptations of our sensual culture.

And I know Tom and Rita are so much better off, so much more happy, satisfied, and content than they could be apart.

But … with many regular, everyday couples reaching milestones of 40, 50, and even 60 years of marriage, why does 29 deserve special recognition?

The answer is heartbreaking. Tom and Rita are recognized because they live in a world where perseverance and commitment in marriage are so rare. But as I applaud them, I cringe for the way the entertainment world continues both to model, and present through “art,” a degraded view of marriage.

Actually, the article wasn’t about their 29 years. The headline touted the “secret” to their “happy” marriage. That’s what caught my eye.

Apparently, there is a “secret” to happiness in marriage, and Tom and Rita have mastered it.

It turns out the secret is pretty simple. Be honest. In a podcast interview with Phoebe Robinson, Tom said: “We learned the secret of happiness with each other a long time ago, and that’s always telling the truth.”

Shocking! Who knew? Who would have thought that dishonesty was harmful to a relationship?

In a world that increasingly runs on selfishness, greed, lust, and pride, how are we to survive if it turns out happiness depends on being truthful?

What do we do with our carefully crafted skills in lies, half-truths, misleading statements, deceitful practices and the holy grail of plausible deniability?

I just hope the backlash of vitriol doesn’t hurt Tom and Rita too much. After all, they have surely been outed as a minority that is so counter-culture they simply can’t be praised.

They’ve broken the rules. They’ve dared to put their faith in God (yes, they believe in the God of the Bible and attend an historical church in the Greek-Orthodox tradition) into practice, and actually order their relationship accordingly.

They’ve dared to swim upstream against the current of immorality in their world – and worst of all … they’re happy!

Here’s the deal. Virtue still matters, and where it has been eroded and even replaced with “new normals” that are both selfish and sinful, what actually erodes is the individual soul and the surrounding society.

And here’s the good part. That same truth is available to us all. So let’s use it. Let’s be honest, first with ourselves about our own failings, and then in all our dealings and relationships.

After all, that’s what Tom and Rita are telling us, and they’re known for telling the truth. 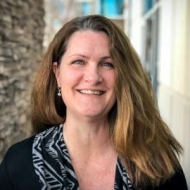 Eric Goldin | Facts and Feelings Can Fight Together

Tim Whyte | Nickname from a Toddler