“The trouble with our liberal friends is not that they’re ignorant; it’s just that they know so much that isn’t so.” — Ronald Reagan

Those humorous and well-known words of Ronald Reagan have never rung more true about California’s Democrats than they do today. More and more, the Democrats in Sacramento are bent on showing us just what they don’t know.

They pander to the “rights” of illegal immigrants over those of citizens while openly defying federal law and President Trump; and true to form, they do it all under the phony guise of “protection” and “safety.”

Our liberal friends in Sacramento claim they are “protecting” illegal immigrants who might be deported by President Trump’s stand against illegal immigration. They’d have us believe that somehow they will make us all “safer” by defying federal law. Republicans know this just isn’t so.

On what planet, one wonders, does not  enforcing immigration laws that were designed to keep us safer make us “safer”? None that I know of.

Since when is allowing people from other countries to come into our state and stay forever because of “feelings” and “fairness” actually make us “safer”? The crime statistics say otherwise.

By refusing to cooperate with Immigration and Customs Enforcement, liberals are choosing to put dangerous criminal illegal immigrants back onto our streets. Under this bill, approved only by Democrats, illegal immigrants picked up by law enforcement under credible information they have committed crime will not be turned over to ICE.

This lack of cooperation between agencies puts not only California citizens at higher risk of becoming future victims of violent crime, but also immediately puts our men and women of law enforcement in more danger, as well.

In this atmosphere, why would any criminal illegal immigrant fear law enforcement? They’ve already been informed — by no less than the California Legislature and Gov. Jerry Brown himself — that they’ll be released free to commit more crime.

Why are Democrats for all intents and purposes encouraging more criminal behavior? Does their hatred of President Trump and their fear of losing drive them to put us all at risk?

Did I somehow miss the ceremony during which – instead of taking an oath to preserve and protect the Constitution of the United States – Sacramento Democrats took an oath to pick and choose which laws to enforce and which to refuse to enforce?

Since when do the Democrats champion states’ rights over federal rights? Seems only yesterday that liberals were claiming states had no choice but to comply with federal law — remember the health care mandate?

Our liberal friends are fond of saying we’re a “nation of immigrants” — but that just isn’t so, either. We are a nation — and indeed California is a state — of citizens.

The job of government is to protect its citizens, not confer imaginary “rights” onto non-citizens who are in self-imposed “danger” from our president’s wish to enforce federal immigration laws.

Liberals also like to paint Republicans as “racists” for even thinking immigration laws should be enforced; but like everything else they know, that just isn’t so.

Late Monday night, there was what deputies describe as a “targeted gang homicide” in little old Newhall. Do you want crimes like this to become even more common in the SCV? Democrats do. They want crime like this to continue, and it certainly will if SB54 passes in the Assembly and the governor signs it into law.

No, my liberal friends, putting us all in danger isn’t “protecting” anyone. It just isn’t so.

Gwendolyn Sims is a project manager at a social media agency and a Santa Clarita Valley resident of over 20 years. 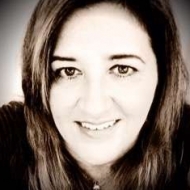