In light of Signal Publisher Chuck Champion’s criticism of the appointment process that brought Bill Miranda onto the Santa Clarita City Council, he confronted council members at Tuesday’s council meeting to express his concern.

“I have to publicly apologize to each one of you because I participated and recommended an appointment opposed to an election,” Champion said at the council meeting. “We will never do that again. The people in this city deserve to have representation in your positions that they elect, and no longer appoint.”

Champion was referring to the process used by the city council to appoint a resident to fill a vacancy on the council.

Electing not to hold a special election due to cost, the city council solicited applicants to fill the position. However, there was no screening, vetting or public input process of the 49 applicants. Of the 40 who showed up to the Jan. 17 city council meeting, each was invited to speak for three minutes.

Up to 10 of those applicants were asked additional questions that night. Miranda was selected on the same night.

Champion alluded to speculation that Sen. Scott Wilk (R-Santa Clarita) had influence in this process and iterated that he did not have anything against Miranda.

“I have issues with the reasons that you in fact placed that member on this board,” Champion told the city council members. “I brought that to the attention for you to look into it. Each one of you chose to say it was not your responsibility and the City Manager appropriately said it wasn’t his.”

In a radio interview with Santa Clarita Gazette Publisher Doug Sutton on May 15, Miranda said he was not in favor of the appointment process.

“If I had been on the council at the time, I would have voted for a special election,” Miranda said.

When Champion sat down after speaking on Tuesday, Councilwoman Marsha McLean addressed him and said she votes how she wants, not how others encourage her.

“For people that know me, they know no one influences me,” McLean said. “I make my own decisions, period.”

On Wednesday, The Signal reached out to the remaining council members for their reaction.

Mayor Cameron Smyth told The Signal he stood by the appointment process instead of having a committee decide or holding a special election.

He took into consideration the $400,000 cost of an election, as well as the fact an election would not have been held until June 2017 and there would have been less than 10 percent voter turnout.

“When I voted to move forward with an appointment, I did so after taking all of the factors into account,” Smyth said.

Smyth referenced a committee process that was used in 2007 to find a council member when he left his role to go to the state assembly and cited that the council chose a different candidate than the committee recommended.

“It genuinely would have been an abdication of my responsibility of my role on the council to use a committee,” Smyth said. “We (the council) are ultimately accountable to the voters.”

Though Miranda was selected after a three-minute statement from each candidate at the Jan. 17 council meeting, Smyth said he also put much more time researching the other candidates.

He said of the applicants, he was “very familiar” with at least 12 of them from their past community involvement. He knew multiple applicants from being on the campaign trail with them months before and conducted one-on-one interviews with 15 to 20 others.

“I felt very comfortable with the time I put in to make a decision,” the mayor said.

Through his own personal vetting process, Smyth said he selected among half a dozen of the applicants that he would have been happy with.

Councilman Bob Kellar said he did not have a problem with Champion’s address to the city council.

“I have absolutely no issues with people coming forward on matters,” Kellar told The Signal. “Beyond that, I don’t have a whole lot to say.”

In January, Kellar was outvoted 3-1 when he said he was in favor of using the committee process. Smyth, McLean and Laurene Weste voted to use the appointment process.

“I would have had a community group come forward, but I’m okay with how my fellow council members carried it out,” Kellar said.

Weste did not return The Signal’s phone call on Wednesday.

After Tuesday’s council meeting, Miranda said he did not want to comment. 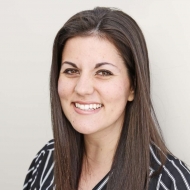