COC baseball coach reflects on trip to the Dominican Republic

The images of five-passenger motorbikes and kids playing baseball with plastic bottles and sticks so seared themselves into Chris Cota’s memory that the longtime College of the Canyons baseball coach couldn’t help but relay the scenes to members of his summer school class recently after returning from a trip to the Dominican Republic.

On July 10, Cota flew five hours to Miami, Florida, and then another two hours to the Dominican Republic to coach a 14U team in the Cepeda Caribbean Classic, a youth baseball tournament organized by family of MLB Hall of Famer Orlando Cepeda.

“The kids are hungry down there for baseball. It’s one of their only tickets out, and once they get into these academies down there, it’s baseball six or seven days a week,” said Cota, who received a call from Orlando Cepeda Jr. last year about coaching in the tournament – then in Puerto Rico – but couldn’t make it.

The request didn’t come at random.

Cepeda Jr. and Cota played together at College of the Canyons in the mid-80s. Cepeda was a pitcher, Cota an outfielder.

The two formed a relationship they’ve maintained over the years, Cota says, both going on to be selected in the MLB Draft and eventually taking on separate careers.

This year, Cepeda Jr. made the same call about coaching and received a different answer, with Cota taking the reins of a 14U team consisting of six Americans and four players from the Dominican Republic who only spoke Spanish.

The coach, who speaks a little Spanish, didn’t see it as a challenge.

“Once you’re on the baseball field, it’s all the same language,” said Cota, who also had the luxury of an assistant coach on the trip, Julian Yan, who is a native of the Dominican Republic.

Near the end of the trip, Yan and Cota, who figured out they’d played against each other in the minor leagues, traveled to Yan’s hometown of La Romana, a venture that provided some of Cota’s most vivid memories.

“He showed us where he trained as a little boy,” Cota said. “You see little kids down these dirt roads, playing baseball with sticks and plastic water bottles.

“I told him to pull over and was able to give a baseball to these kids. For all I know, it might be the first baseball they had.”

Cota’s team finished the tournament 3-2 overall, falling in the second round of bracket play.

However, the trip, Cota said, was about a lot more than wins and losses.

“The point wasn’t who wins that tournament, but rather the experience for these kids,” Cota said, adding, “I think it was a great experience for our kids to go down there and drive through Santo Domingo to the games and see four or five people on a motorbike cab.” 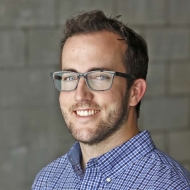