The fire burned 20 acres off of the Old Road in the Towlsey Canyon Park.

This map shows where the Towsley fire is burning near Santa Clarita https://t.co/b3t4dzabkk pic.twitter.com/W209BzMPJI

#TowselyFire: 8-10 acres according to last update. @LACo_FD protecting structure near The Old Road about 200 feet from flames. pic.twitter.com/qhnxK2ltVy

Small structures that appear to be used for paintball training are burning in a Santa Clarita brush fire watch here: https://t.co/oLJDg29r1V pic.twitter.com/lUZYFwaA5W

Towsley Cyn #fire is awful close to burning down the #USPS Distribution Center. Let's all pray for those poor unopened #Amazon packages. pic.twitter.com/zzGurbEu1O

Firefighters are hard at work trying to gain control of a brush fire burning through Towsley Canyon. #TowsleyFire pic.twitter.com/7yNfgM1y0N

Caught the #TowsleyFire on camera while passing through Santa Clarita. pic.twitter.com/IlMS1Zotok 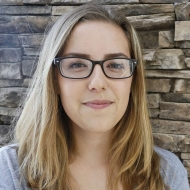 Ahuja on his priorities if elected to Santa Clarita City Council