Horton: Jeff and McCain get it right

“Jeff, take a look at this. Fairly hilarious,” I said, handing him the Tuesday issue of The Signal containing a letter to the editor responding to my prior column. In it, I quipped, “What’s next, Charles Manson for Human Services Secretary?”

Curt Scott had written, “You see, I’ve long held that if the GOP nominated Charles Manson for president, all the little lemmings would push and scramble to get to the polls to blithely cast their ballots for ‘their party’s designated guy.’

“And when the poll-watchers queried them and asked why they voted for Manson, their entirely predictable reply would be, as is the case in every election, ‘At least he’s better than (fill-in-the-blank Democrat).’”

Curt Scott finishes up with a sharp rapier of wit, “It’d be a colossal waste of my time to admonish any of those abyss-plunging voters with, “I told you so.” So, I won’t. Helter Skelter.

Jeff silently read Scott’s entire letter while the rest of us at the Starbucks table watched his expression slowly become pained and serious. Jeff slowly stood up and began to speak – regally, as if the ghost of Alexander Hamilton had invaded his engineer’s brain.

Jeff waved his long index finger directly in my face and with righteous indignation, spoke:

“Twenty years ago, a newspaper would not publish this garbage. Twenty years ago, they would roll up this trash and throw it away and it would never see the light of day on the printed page.

“Although we, and nearly all Americans, agree on 97 percent of nearly every issue that surrounds us, we demonize the other side and discount any contribution or idea different from ours as stupid, foolish, evil, or irrelevant.

“How can anything be accomplished when we stay locked in two camps, with neither side willing to work with the other, for as doing so discredits party purity and loyalty?”

“Congress’ approval rating would jump 20 percent if the Republicans and Democrats would stop this nonsense and simply sit down and work through legislation that represents Americans and is fair and reasonable.

Approval would jump 20 percent in one day if just one major issue was collectively resolved. Instead, you, and this guy Scott, and everyone else that writes or speaks, puts out this vitriol that does nothing more than continue and hasten our downward spiral.”

The Starbucks table was hushed. Jeff gazed around with a somewhat perplexed look on his face as if to wonder himself what had just overtaken him for the last three minutes of profound lucidity. So poignant was Jeff’s oratory that we all wished it had been taped.

Jeff did justly shame me, Curt Scott, and everyone involved in this entire political death match. We do have to stop demonizing “the other.” We’ve got to stop finding differences. And we’ve got to start finding common ground.

John McCain, exhibiting the same lucidity as Jeff, got it right when he gave the best political speech of the year prior to the “Repeal and Replace” vote, pleading, “I hope we can again rely on humility, on our need to cooperate, on our dependence on each other to learn how to trust each other again and by so doing better serve the people who elected us.

“Stop listening to the bombastic loudmouths on the radio and television and the Internet. To hell with them. They don’t want anything done for the public good. Our incapacity is their livelihood.

“Let’s trust each other. Let’s return to regular order.”

Apparently, something is in the ether. Let’s hope it’s catching.

Still, the question of “why are we this way” remains.

The ghost embodying Jeff failed to question why we’re driven to our differences, rather than to our commonalities. The ghost failed to explain why we’re so bitterly differentiated by economic class, by education level, by race, even by age.

Why are we a culture that has become so rigidly divided by so many differences, rather than coming together for the betterment of all?

Might it be that divided, we’re easier to manipulate than united? Might it be our democracy is corrupted by lobbyists who influence Congress more than constituents do, and whose rallying of the fringes keeps overwhelming consensus from initiating meaningful change – change that might be bad for profits?

Might it be that corporate money flowing through politics has made the electorate unwitting pawns in what has become a corrupt national democracy? What evil / secret / manipulative forces are really at play, turning us against each other?

Or is it as John McCain said, that we’ve just allowed the poorer side of our human nature to rule our more rational, principled minds?

One way or another, we’ve got to get ahold of ourselves on a national scale and restore exactly what is missing in our White House and national offices today.

Restore humility. Restore kindness and respect. Restore compromise. Restore consideration for the “other.” Restore order to our processes.

Perhaps Trump and company will be that so-overwhelmingly offensive-trigger that finally compels us all to civility. Let’s hope that’s so, because the upside is huge and the downside is so low.

Gary Horton is a Santa Clarita resident. “Full Speed to Port!” usually appears Wednesdays in The Signal but technical problems delayed it this week. 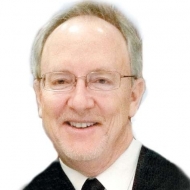