Authorities have identified the man killed in a traffic collision on Golden Valley Road Tuesday night as 31-year-old Matthew Thibodeau, of Canyon Country.

CHP officers reported he was not wearing safety equipment in the crash. Excessive speed and alcohol may be a contributing factor for the cause of this collision, according to the initial report from California Highway Patrol officers.

Lt. David Smith of the Los Angeles County Department of Medical Examiner-Coroner revealed the deceased man’s identity Wednesday morning, noting that the man’s next of kin have been notified.

About 10:50 p.m. Tuesday, a traffic collision occurred resulting in a fatality in the unincorporated area of Los Angeles County, on Golden Valley Road at Dorothy Street, California Highway Patrol Officer R. Alcantar wrote in his report of the crash. 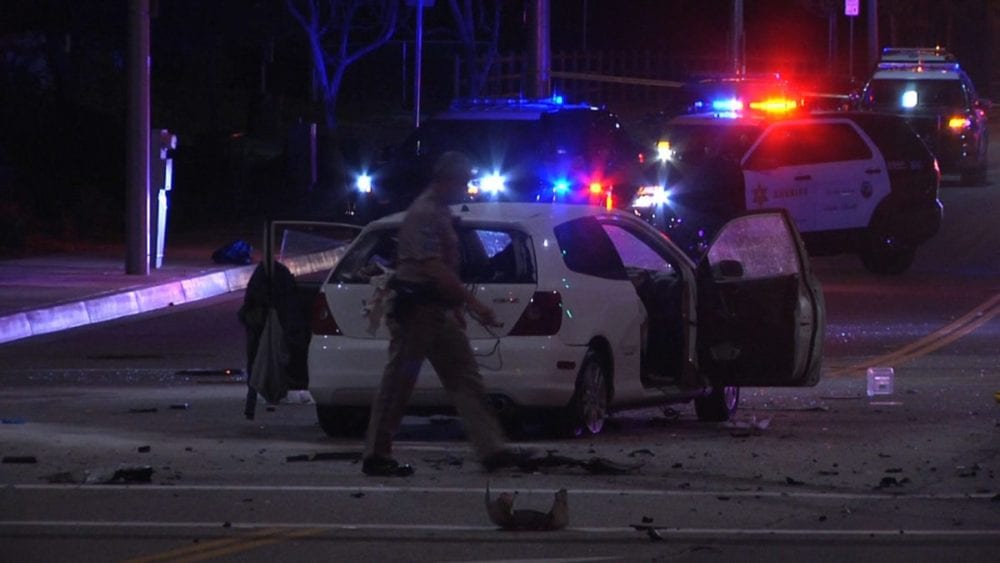 The collision occurred at the intersection of Golden Valley Road and Dorothy Street in unincorporated Los Angeles County, about 100 feet outside Santa Clarita city limits.

The Santa Clarita Valley Sheriff’s Station received a 911 call reporting the crash at about 10:51 p.m.

“We did find several people trapped in vehicles,” said Supervising Fire Dispatcher Jeremy Stafford. A crew from Fire Station 104 were brought in to add manpower and special tools to the physical rescue.

Copter 19 was requested shortly after the fire department arrived on scene as all crash victims had met the trauma criteria, Stafford said.

One victim was transported by a ground ambulance. A child and an adult were whisked away from the scene in an American Medical Response ambulance and taken to Central Park in Saugus. The pair were airlifted from a grass field near the basketball courts and flown to a trauma center.

“The party driving the white vehicle was pronounced dead at the scene,” Sgt. Cabral of the California Highway Patrol said at the scene.

The CHP released its report on the crash a short time later. 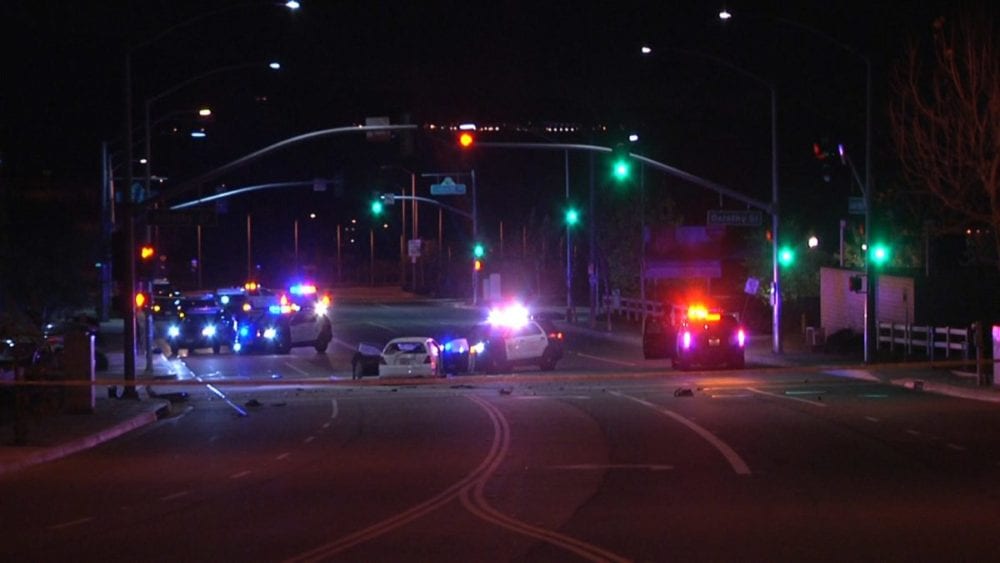 “At approximately 10:50 p.m. hours, a white Honda Civic was traveling southbound on Golden Valley Rd. approaching the intersection with Dorothy St. at a high rate of speed,” he wrote.

A tan Toyota Sienna was traveling northbound on Golden Valley Rd., within the  Number One – commonly called the fast –  lane entered the intersection of Dorothy Street.

“The driver of the white Honda, (identified in the initial CHP report) as John Doe, made an

immediate left turn from the #1 lane of Golden Valley Road to eastbound Dorothy Street, against a red traffic arrow, directly in front of the Toyota Sienna’s path of travel, Alcantar wrote in his report.

The white Honda Civic and the tan Toyota Sienna were involved in a head-on collision, he reported.  As a result of the collision, John Doe – later identified as Thibodeau –  succumbed to his injuries while on scene.

The driver of the tan Toyota Sienna and his three year old child were transported to Northridge Hospital, via aerial transport and sustained major to moderate injuries as a result of the collision.

The right front passenger of the Honda Civic was transported to Henry Mayo Hospital and sustained moderate injuries as a result of the collision.

This incident resulted in the closure of all northbound and southbound lanes of Golden Valley Road for approximately three and a half hours.

BREAKING: At least one person was killed in a suspected DUI crash on Golden Valley Road near Dorothy Street in Santa Clarita. Reporter Austin Dave is live at the scene with details.Read more here: https://signalscv.com/2018/01/one-person-killed-suspected-dui-crash/