Emergency officials were unable to save a man who died in an Agua Dulce residence Monday.

An investigation is underway by medical examiners with the Los Angeles County Coroner’s Officer, but initial reports indicate the death may have been an overdose.

“Engine 81” and personnel with Fire Station 107 were dispatched regarding a person not breathing call at a home in the 13100 block of Reservoir Street at 4:47 p.m., and they were on scene about nine minutes later, according to the Fire Department’s dispatch log.

Fire officials were on scene for about an hour, in a bid to save the man’s life, which was ultimately unsuccessful.

The Santa Clarita Valley Signal was on scene shortly after the initial report, and confirmed with medical personnel that Naloxone, the generic name for the pharmaceutical Narcan, was used on scene. Santa Clarita Valley Sheriff’s Station deputies recently became the first deputies countywide to be issued Naloxone as part of their standard arsenal to combat an overdose in an emergency.

Naloxone, commonly known as Narcan, is considered an “opioid antagonist” that, when administered in the right conditions, “competes with opioids in the body, making that opioid ineffective,” according to Dr. Darrin Privett of Henry Mayo Newhall Hospital in a previous interview. 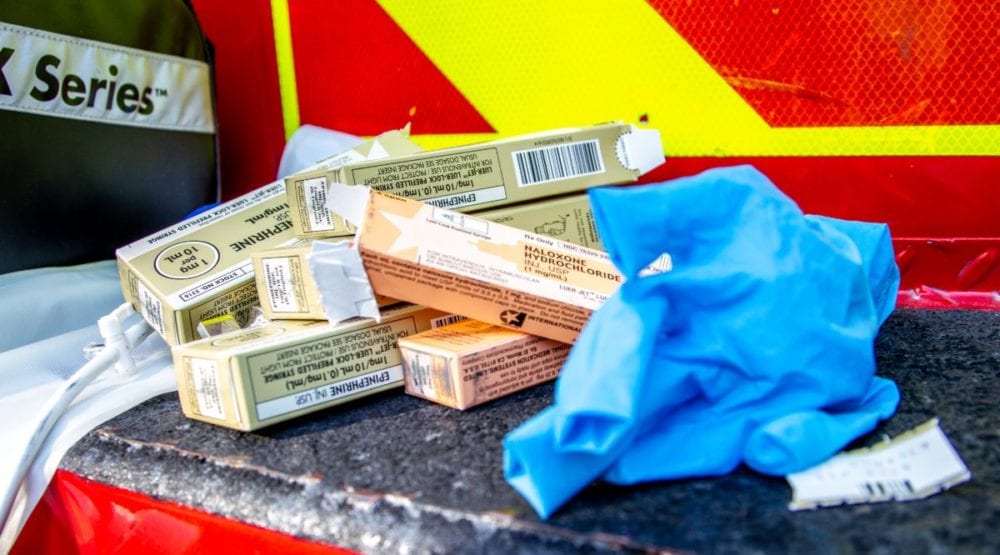 For the Santa Clarita Valley, every fatal overdose is investigated by members of the Sheriff’s Station’s Juvenile Intervention, or J-Team, which focuses on drug-related crime through a number of different approaches. The team investigates incidents whether they involve youth or, as in Monday’s case, an adult.

Law enforcement officials who locally track fatal drug overdoses in the Santa Clarita Valley as part of their education, enforcement and intervention efforts, reported that they suspected there were six fatal overdoses in all of 2017.

This year, they suspect four deaths have been related to drug overdoses. The official determination on the cause of death for a person is made by the Los Angeles County Office of Coroner, which generally takes several months when drugs and/or alcohol are suspected to be involved, due to the time it takes to conduct toxicology tests and receive the results.

None of the suspected overdose deaths for 2018 have been confirmed, yet; however, Sheriff’s Station officials base their data on their investigation and experience.