A Second Wind: The pursuit of happiness

Purpose has been on my mind lately. Maybe continuing to receive mailed reminders that I’ll soon be eligible for Medicare prompts me to pause and take stock. I remember decades ago sitting in the back seat of our car, a new mom with an infant by my side, questioning whatever happened to my lofty dreams of being a journalist, an actor, a dancer. There I sat, a suburban housewife dutifully wiping spit-up off my dress. I feared I had settled for mediocrity. Not that I wasn’t overjoyed to be a mom. It’s a blessing, and no one can argue that procreating isn’t a noble calling. Biologists would call it an evolutionary imperative. Still, I questioned the trajectory of my life and its purpose. That deep, cosmic question: What are we supposed to be doing here?

Some argue that our purpose is to achieve happiness.  Certainly Thomas Jefferson, in drafting the Declaration of Independence, thought it was important. “The pursuit of happiness” is the most famous phrase in its preamble. John Locke, from whom Jefferson borrowed the phrase, states in his essay “Concerning Human Understanding” that “The necessity of pursuing happiness [is] the foundation of liberty.” The pursuit of happiness has been woven into the fabric of our country from its earliest inception. Of course, “pursuit” is the operative word here. We’re not guaranteed happiness; we just have the freedom to give it a go.

But if our purpose is to achieve happiness, how do we define it? Is it the pursuit of personal pleasure? Is it to work hard to achieve the American Dream, a lifestyle of comfort and prosperity? Happiness in America has certainly aligned itself with consumerism. Remember the bumper sticker—He who dies with the most toys wins? We buy and accumulate more stuff than any country in the world. There are more self-storage facilities in America than there are McDonald’s restaurants. Interestingly though, reports on happiness suggest that happiness does not correlate with wealth.  According to this year’s World Happiness Report, Finland is the happiest country followed by Norway, Denmark, and Iceland. The U.S. dropped to 18th this year, down 4 spots from last year. What predicts happiness more than living with accumulated wealth is living in a country with low levels of corruption and violence, trust in public officials and policies, and strong family bonds.

There is another idea about happiness that Jefferson was familiar with—the ancient Greek Stoic perspective. It is said that Jefferson had a copy of Stoic philosopher Seneca’s book on his nightstand when he died. The Stoic philosophy maintains that happiness derives from active devotion to the public good and from civic virtue. Most likely this idea of happiness was equally present in Jefferson’s mind as he wrote his famous phrase. As history has revealed, however, this virtuous view of happiness never became as irresistibly captivating to citizenry as pursuing personal pleasure.

Stoicism maintains that the only true good for human beings is the pursuit of virtue and that the greatest happiness is doing for others. It claims that there are actions we can take to achieve peace such as regulating how we perceive hardships, facing our obstacles and learning from them, being aware of our impulses, and realizing the short, transient nature of life.  I know. It sounds like way too much work, right? No wonder this version of happiness never caught on. Can’t I just buy a boat instead? You’d have to be the Dalai Lama to live this way. Speaking of the Dalai Lama, he says that “the purpose of life is to be happy.” So there we are again, back to the pursuit of happiness (sigh).

Ralph Waldo Emerson, transcendentalist extraordinaire, says that “the purpose of life is not to be happy.” There—finally, an interesting contrary position. But he’s just being witty and ironic to trick us. Emerson proclaims that the purpose of life “is to be useful, to be honorable, to be compassionate, to have it make some difference that you have lived and lived well.”  He makes it sound so noble, so appealing. There’s the trick. I’m inspired to become useful, compassionate, and honorable, to make a difference in others’ lives, and without my knowing it, I get happy in the process. I can already feel the peaceful glow settling in. So here I sit in the back seat of our car, thirty-two years later, an infant grandson by my side, wiping spit-up from my shirt, and reveling in the beauty, the joy, and the purpose of my life. 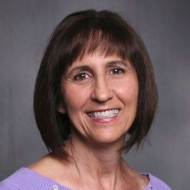