Gettin’ Up There: A later life bulletin–Attitude really IS latitude

Back in 1961 when I first heard Frank Sinatra sing Sammy Cahn and Jimmy Van Heusen’s hit song, “The Second Time Around,” two thoughts came to my peri-pubescent mind: One: The image of older people falling in love, be it once, twice, or three times – and possibly even “doing it” – was a foreign and disgusting notion. Two: When and if I ever fell in love one day, it would be like what the Letterman’s same-year hit tune had concluded: “It will last forever.”

Shortly after that pithy momentary thought, I grabbed my hand ball, popped a couple sticks of Black Jack in my mouth, and proceeded outdoors to take on the cement side wall of our apartment’s building’s carport.

Fast forward to 1969. I was 17 and about to fly home to California from Milwaukee where I’d been visiting my aunt, uncle and cousins. Sitting in the “Billy Mitchell” airport lounge, my Uncle – a rather serious man who grew up having to hold his large, impoverished immigrant family together after their father dropped dead at 55 – decided to leave me with a cautionary message. “You’re getting older now, and you need to know this,” he said. “Anticipation is greater than realization.”

Over a Shirley Temple, heavy on the cherries, I thanked him for that tip.  The true depth charges of its meaning did not hit me right away, but eventually, and unfortunately, it registered.

Alas, I considered his message a bummer. After all, half of the fun in being alive is not knowing what’s ahead, right? I was still young enough to believe that, and so wanted to continue.

My mostly ebullient outlook (or naiveté) was somewhat dimmed again by my mother. A strong, opinionated, and easily riled woman, Mom was a loving force on most counts, but was often depressed and bitter. We’d had some extremely difficult family circumstances. Plus, she lived daily with still-open childhood wounds. Her mother, who didn’t want a third child in 1924, tried to abort her, and (somewhat comically) let it be known on many occasions in my mother’s presence. As a result, feelings of rejection and resentment became deeply ingrained in her being.

One day, on a fittingly dark winter afternoon, as I was describing some “really fun things” I wanted to do, she flatly told me, “It’s better not to count on things happening because most of them won’t.”

It was as if my soul heard screech marks.

Being a daughter who did not question her mother’s declarations or decisions, I just let that not-so-optimistic dispatch simmer…for years.

While I have ultimately outlived my mom’s time on earth, I never quite expunged her anti-climactic memo. I realize today that throughout much of my life, I have often reinfused those two familial messages into some of my thinking, relationships, and ultimately, my impact on those around me.

It took me decades, with some serious letdowns, mistakes, and a few loves that didn’t last forever, to comprehend the impact of my own psyche…on me.

Through mature, finally-ready introspection, the wisdom of a good therapist, and even studying how others have positively traversed their own course and losses, I’ve come to a later life conclusion: My uncle and mom never meant to hurt me, but they did influence my thinking. People who are sad or angry can all too easily say things that diminish another person’s amazement of life.

Without a positive, proactive attitude, life is more about rash adaptation to circumstances, than creating them in the vision we wish to see.

Having an upbeat outlook, and making plans and decisions built on that mindset can make a tremendous difference in how you live your years.

Another bonus: It’s a legacy phenomenon. Every day that I am with my grandchild, I try to impart “wonderful thinking.” I tell her about the many fine qualities I see in her and describe the exciting and beautiful experiences she’ll have ahead. I want her to look forward to the future and navigate her course with blueprints based on great expectations. Of course, things don’t always work out as wanted. But I’d rather she have an occasional letdown to deal with, than think that the deck is pre-stacked against her. With the latter thinking, we accrue more regrets than adventures and celebrations.

“The Second Time Around,” that love song about starting over with a renewed and rosier passion, applies to more than relationships. In an abstract sense, it is a musical ode to all new beginnings.

Anticipation may at times be greater than realization, and plans may go awry, but life is filled with far more joy than disappointment. When we steer ourselves with that set point on our compass, no matter how old we are, all sorts of grand things are possible.

Diana Sevanian is a Valencia resident, longtime Signal journalist and contributor, as well as a retired R.N., adoring mother, grandmother, and dog-mother. 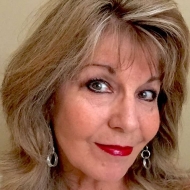